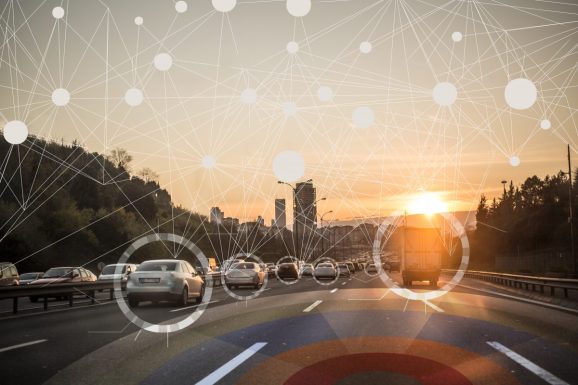 It feels like a page out of a science-fiction book: self-driving cars shuttling people around with little or no input from passengers. And yet, here we are. Self-driving technology is already a reality, and it’s improving every day thanks to machine learning and owner input.

We’re not quite at the point of ditching drivers altogether, but that time may come sooner rather than later. Experts predict that self-driving vehicles could be the norm by the 2040s. Some people, like Tesla’s Elon Musk, think human-operated cars could be banned completely.

Major changes are coming to the automotive industry, and the insurance industry will consequently see its own major changes as well. Self-driving cars raise complex questions for insurers, and answering those questions will take time. Experts are already weighing in, though. Here’s what they have to say about how self-driving cars and AI will affect auto insurance.

When an accident occurs without the involvement of a human driver, who’s liable for the damages — the manufacturer? That seems to be the consensus at this point. If you’re having a hard time believing that automakers will assume the cost of insurance in the event of an accident, that’s understandable. But the precedent has already been set.

Google, Volvo, and Mercedes-Benz already accept liability in cases where a vehicle’s self-driving system is at fault for a crash. Tesla is taking things a step further by extending an insurance program to purchasers of Tesla vehicles. This offering shows an extraordinary level of confidence in the technology. Current data even indicates that preventable human error is the cause of as many as 94 percent of all accidents.

Don’t expect this process to go smoothly, though. Most experts are assuming that much litigation will take place before precedents are set and things settle down. There may also be a need for extensive tracking sensors in vehicles to determine whether a human or AI driver was at fault in an accident before automakers will assume full liability for crashes.

As self-driving cars become the new normal, experts predict a sharp decline in accidents — over time, at least. There may be some initial hiccups as drivers and driverless cars mix on the road, since neither human nor AI drivers seem able to accurately predict what to expect from one another at this point. But eventually, there will likely be a downward trend in accidents. That’s a great thing, because an astonishing 37,000 people are killed in road crashes every year in the United States alone.

But we don’t need to wait for fully autonomous cars to hit the streets to see a reduction in accidents. Advanced driver assistance systems (ADAS) are becoming commonplace, and they show significant potential to decrease crashes.

ADAS will become increasingly common as the technology becomes less expensive and older vehicles are replaced. By 2025, as many as 40 percent of cars may have systems such as lane change alerts and forward collision prevention.

Many insurers already offer premium discounts for these features, but as the effects of increased safety become apparent, insurers will need to lower premiums or risk being undercut by competitors.

3. The insurance industry may struggle as more drivers reduce or drop coverage

At a certain point — likely in the 2040s, by current estimates — drivers will realize there’s no longer a need to carry personal accident insurance. While there is a benefit to always carrying full coverage, society may end up in a situation where everyone invests in the minimum legal coverage required simply because they have to.

Some industry insiders even predict that states may drop mandatory coverage regulations as roads get safer. If the risk of an accident was low and your state didn’t require you to carry coverage, would you? As AI-enabled cars become more commonplace, insurance companies will need to reevaluate how this tech will impact their industry.

Now, all this doesn’t mean the industry will die out completely. None of the above predictions take into account how the industry might pivot. And other forms of AI could actually be useful for insurers to fine-tune data collection. This new information could help them price premiums better and provide more useful services to customers instead of going the way of the dinosaur.

The industry has ample time to research and make changes accordingly. The ball is in insurers’ courts to make the most of the next 10 to 15 years and shift their business models to accommodate the coming changes.

Whether or not you believe human driving will eventually become illegal or uncommon, there’s certainly a lot of change coming to both our roads and our insurance processes. This is one journey consumers and insurance companies won’t want to navigate on autopilot.

Parker O’very is a digital journalist who writes about automation, insurance technology, and consumer tech.