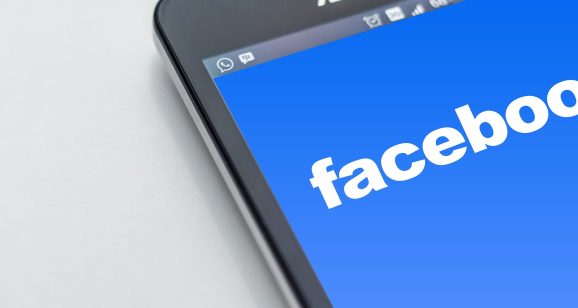 If the reports are true, a Facebook video chat device named Portal is set to arrive in May that could help reshape the Facebook experience in the years ahead.

It would likely be one of the first pieces of consumer hardware from Building 8, Facebook’s secretive hardware research group that lost its director late last year. If Facebook brings a device like Portal to market, it could lean on some of Facebook’s AI smarts and other advantages over competitors that offer digital assistants on a touchscreen, such as Alexa and Google Assistant.

Whereas Amazon wants Alexa to dominate voice shopping and Google claims Assistant is the best at answering questions, the data and intelligence about the social lives and interests of its 2 billion monthly active users will undoubtedly come into play in any Facebook hardware. Spaces for AR conversations and Facebook Watch parties also seem likely to find a home in the rumored video chat device, alongside streaming services like Spotify.

Furthermore, facial recognition, which Facebook has been using for years, will reportedly be a key feature. With that in mind, here’s a look at some of the ways Facebook could deploy facial recognition beyond tagging you in photos.

Facebook has added various visual elements like emojis and stickers to virtually every one of its apps. The latest: Animated GIFs arrived in Instagram Stories earlier this week. With facial recognition built into Portal, Facebook could begin to offer animated emojis like the animojis Apple rolled out last year for iPhone X. Animojis deploy facial tracking, not facial recognition, but Facebook could take the feature to the next level. It could also use facial recognition to make avatars, such as those used in Spaces, look more like you.

Using your face to complete transactions might make you cringe a bit, but in China, tech giants have already started using the technology. Alibaba has deployed facial recognition software for payments at a KFC, while at Baidu headquarters you can complete payments at vending machines by smiling.

Biomarkers for payments are already at play in the smart speaker market, with unique voice identification being used to verify payments with Alexa and Google Assistant.

If Facebook’s video chat device uses your face to verify you want to buy that pair of shoes that keep appearing on your screen, retailers everywhere would take note. Such a move could also potentially help Facebook gain a foothold in the battle with stores without cash registers like Amazon Go, which opened in Seattle earlier this week.

Duh. Facebook sells ads across virtually every member of its family of apps. It’s how Facebook generated $10 billion in revenue last quarter.

Products from many analytics firms today are able to track things like when a person is happy, sad, excited, or disgusted. A video chat device with a forward-facing camera could use this information to target advertisements and recognize if you love or hate an ad.

A microphone and insights from the now-shelved personal assistant M could make Portal able to respond to voice commands. Recordings of these interactions could help the device develop a baseline understanding of what your voice sounds like so that it can read when you’re more or less likely to buy something.

What you click is a pretty good indication of what you want, but your face and voice could give more honest indications of how you feel and what you really want to purchase.

Earlier this month, following heaps of criticism, Facebook told the world it’s going to change the News Feed to prioritize engaging content from your friends over stuff from a news outlet or pages.

The goal, CEO Mark Zuckerberg said, is to make Facebook more closely associated with user happiness. Some studies cited by Facebook have found that skimming a News Feed without engagement can lead to reductions in happiness and affect mental health.

One way to prove Facebook is in fact increasing user happiness and well-being could be facial recognition.

That’s pretty Big Brother, but the same tech could help Portal identify users who are very sad or address the loneliness epidemic, as this member of Amazon’s Alexa team has said he wants to do.

When applied to music and movies, Portal could tell you when a show is trending among friends on Netflix (or Facebook Watch) or if a particular album is playing on loop among friends.

It could also reshape how you think of the News Feed, delivering a combination of visually appealing notifications each time Portal sees your face to tell you more about what’s happening with friends, events with friends this weekend, and ways to engage in the offline world.

Portal could also deliver content from friends, with a focus on Stories from Instagram and WhatsApp. The Snapchat-like features for both WhatsApp and Facebook have been available for a short time and are already used by more than 250 million users every day.

In a story about the proposed video chat device earlier this month, the news site Cheddar reported that the stated goal for Portal video chat isn’t just to sell hardware, but to create a fundamental shift in Facebook user behavior. Stories as part of the Portal package could begin to combine social experiences now scattered across Facebook’s multiple platforms.

Drawing heavily upon familiarity with your social life and using facial recognition for personalization could give Facebook what it wants — an even stronger hold on its users’ attention.