Apple today unveiled animojis, emojis that can be animated by your facial movement. Animojis debut with 12 characters like pig, alien, and poop emojis that you can drag and drop into an iMessage conversation. Animated emojis can also be recorded with the sound of your voice and sent to a friend.

The animation is made possible with iPhone X and the TrueDepth camera, which utilizes new Face ID technology to do things like unlock your phone with your face or make purchases with Apple Pay. 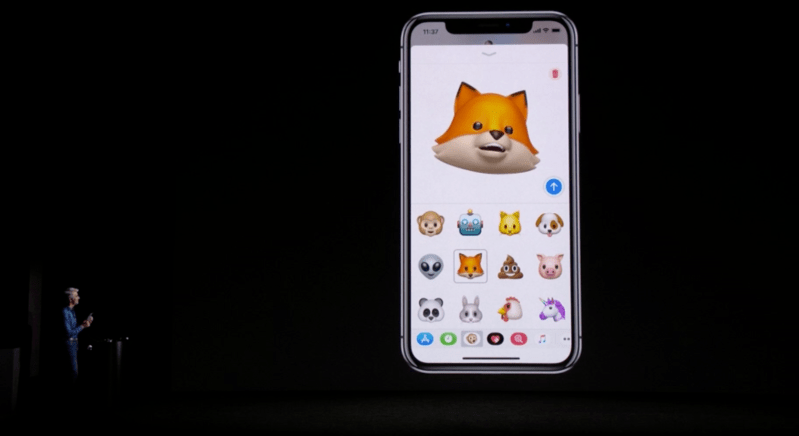 Face ID taps into neural networks and the new A11 processor and continues to recognize a person’s face whether in low light, wearing a hat, or you grow a beard that covers part of your face.

To recognize a person, the camera projects 30,000 invisible dots to map their face. Face ID has a one in a million chance of inaccurately identifying a face, Apple’s senior vice president of marketing Phil Schiller said onstage today.