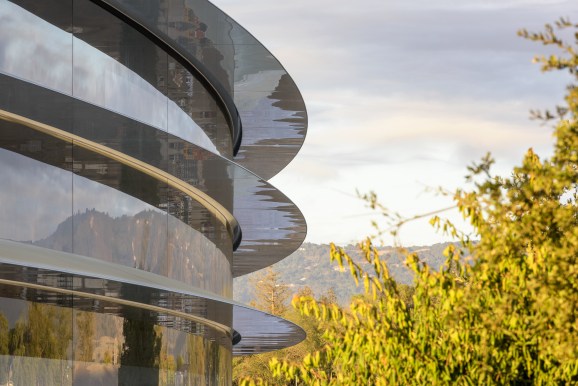 About one year after construction on the first phase of Apple Park was originally scheduled to be finished, the city of Cupertino has finally granted Apple a series of temporary occupancy permits that allow employees to move into parts of the main building.

It appears Apple is on track to receive temporary occupancy permits for all the other sections between the end of January and March, at the latest, according to the spreadsheet dated January 17.

The permits have allowed larger numbers of Apple employees to begin the move-in process this month. There have been scattered references to the move across social media, though Apple has reportedly kept a pretty tight lid on social media sharing.

Last day at the Loop. It’s always felt surreal to be in these buildings where so much has happened. Next week starts at the new campus, Apple Park, where new history will be made.

Last February, when Apple announced that the name of the new campus would be Apple Park, the company also said the new headquarters would be “open to employees” in April 2017. That proved to be overly optimistic.

At that event, CEO Tim Cook acknowledged the delay and said: “We’ll start moving into Apple Park later this year. Of course, such a large move, it’s really more of a process, and the first step is the opening today of the Steve Jobs Theater.” In November, the company received a temporary permit for its R&D North building, though it’s still awaiting one for R&D South.

It’s no surprise, of course, that such a massive and complicated projected would face some delays. It would be rare in the construction world for any large-scale project to land on time. Apple’s exacting design demands no doubt added to the challenges here.

Still, it also means that Apple is facing the massive logistics challenge of relocating 12,000 employees in the Bay Area. That’s naturally bound to cause some disruption, and the question is only to what degree that can be minimized. Disruptions may also include ongoing work in the building.

In an email, Salvador explained that temporary occupancy permits have a “list of exclusions” that still place some limits on how the space can be used.

“For example, if a building (or portion of a building) is complete but the site work is still under construction, I would be able to grant a temporary occupancy as long as there is a delineated path to allow the occupants of the building safe passage to a public right-of-way,” he wrote. “I would not issue a final certificate of occupancy until all the work is complete on the entire site. Appropriate barriers are required to keep occupants away from any portions of the building or site where construction is still in process.”

Yet, even with these precautions and delays, it’s clear the settling-in process is well underway. The company plans to hold its annual shareholders meeting at Apple Park next month.

Meanwhile, the company said earlier this month that it’s still hiring like crazy and announced plans for a new Apple campus somewhere in the U.S. later this year.