Microsoft is doubling down on app support in Microsoft Teams, its chat-based collaboration tool that competes with Facebook’s Workplace and Slack. Starting today, users can leverage apps in various new ways and command apps to take quick actions directly from the command box.

Microsoft Teams launched worldwide in March as part of Office 365 and has seen multiple updates since, including education features and guest access. But this isn’t just another new version: “This is the biggest single release of new functionality since Teams launched last March,” Microsoft declared.

There are five new ways Teams users can now use apps: 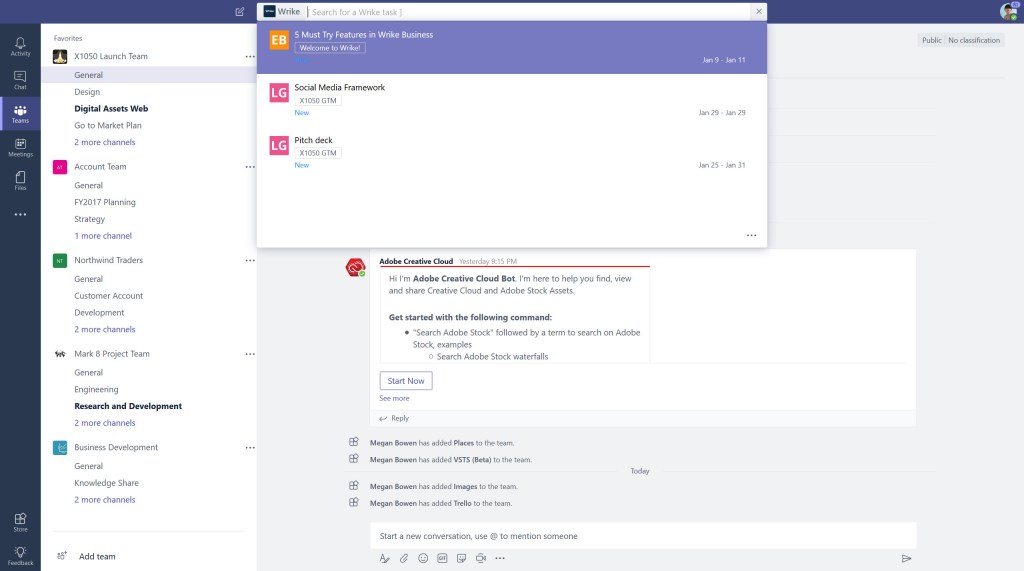 The most obvious visual change to Microsoft Teams is that the command box has been moved to the top of the screen. Search is integrated right in, so you can command apps and take quick actions from the box, in addition to searching across people, messages, files, and apps.

Microsoft has never shared how many individuals are using Teams, so there is no way to compare it apples-to-apples with the competition. The company has, however, shared that Teams is used by more than 125,000 organizations, as of September 2017.