2017 saw a lot of shakeups, and yet nothing has really changed in the startup world. According to a report released today by Silicon Valley Bank (SVB), founders still view venture capital as their biggest source of funding, still prefer an acquisition to an initial public offering (IPO), and still tend to hire men over women. For its report, SVB polled 1,045 startups, the majority of which are based in the U.S., the U.K., and China.

Despite the hype over initial coin offerings (ICOs) this past year, 54 percent of startups still name venture capital as their expected source of funding. Other sources include angel investors, private equity, corporate investors, and crowdfunding. 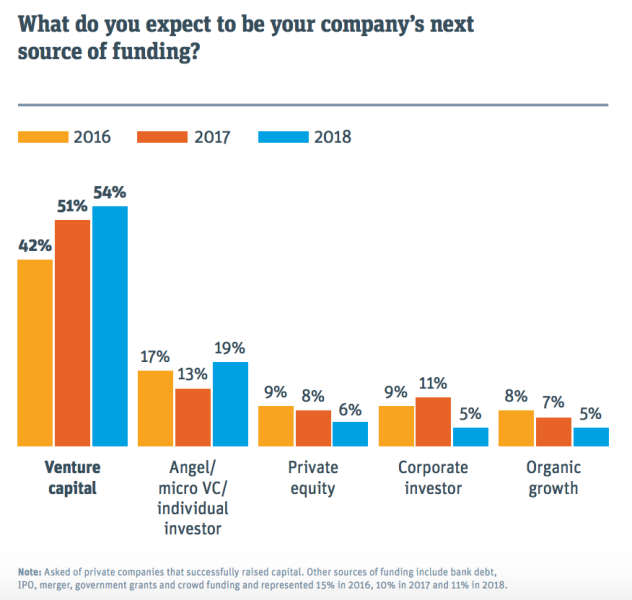 Above: Sources of funding

And long-term, 57 percent of startups target an acquisition for their exit — a rationale that could be explained by the public markets’ volatility and the IPO slump of last year. 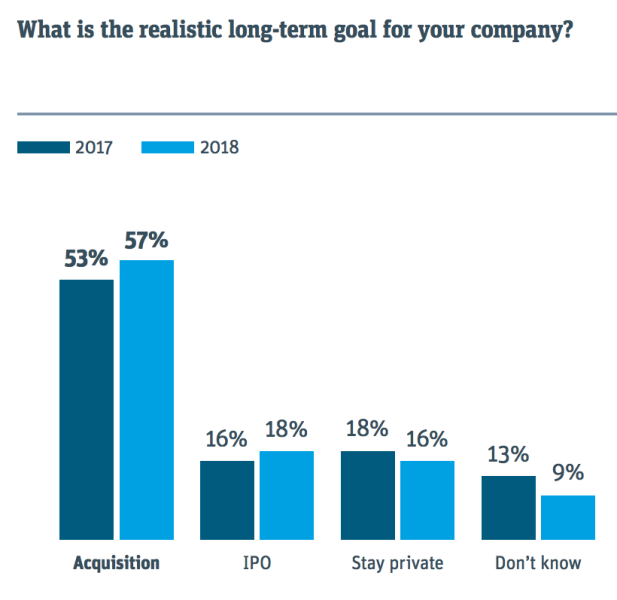 When asked whether 2018 will be a more fruitful year for IPOs, Silicon Valley Bank CEO Greg Becker replied: “It’s early days in 2018. Conditions are good for IPOs; however, due to the availability of private capital, it’s hard to predict a large uptick.”

No immigration, no innovation

From a political standpoint, some recent U.S. policies have had a significant impact on Silicon Valley startups.

According to the report, nearly one-third of startups said that laws and regulations had prompted them to locate facilities or move non-sales operations outside the U.S. The biggest driver of such moves was U.S. immigration policy, followed by tax policy and the regulatory environment. Half of the startups also reported that at least one of their founders is an immigrant. 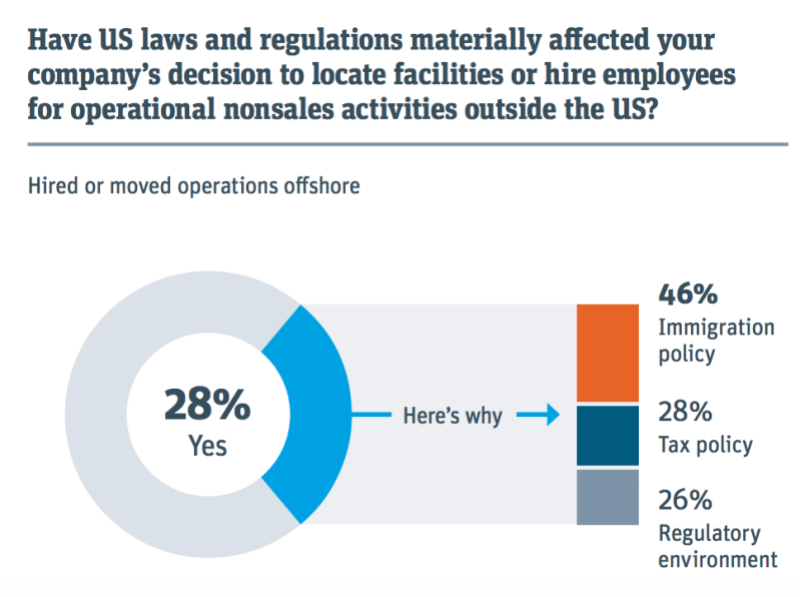 Above: U.S. laws and regulations

Last, but not least, the report shows that although the number of startups implementing inclusion programs has increased from 25 percent to 41 percent over the past year, the actual number of women hired has not. In fact, that number has decreased slightly since the previous year. 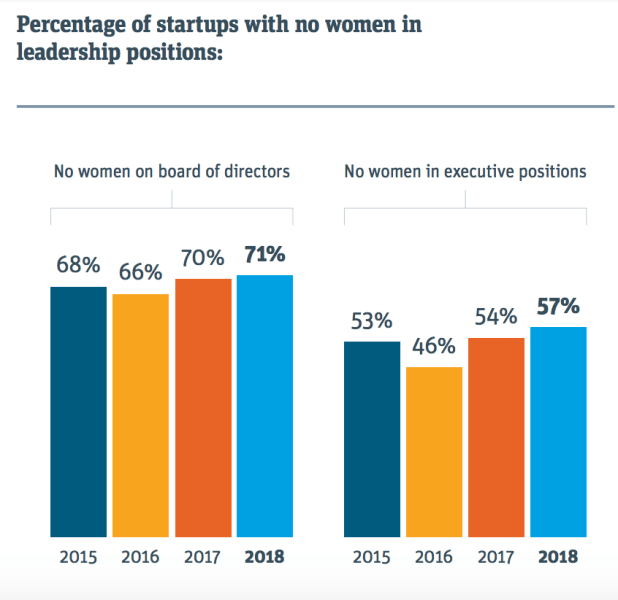 Above: Women in leadership roles

When questioned about the lack of improvement, Becker replied: “We asked our clients this question, and they said even though they are startups, they are doing things like actively tracking their diversity stats, setting diversity goals, actively coaching female employees to assert themselves, encouraging industry involvement in female-focused organizations, creating a culture of ‘family first’, hosting LeanIn.org type of events at their companies, changing the way job descriptions are written, how they’re recruiting and conducting interviews,” and more.

But while Silicon Valley startups may be trying, gender equity in the workplace isn’t a reality yet.