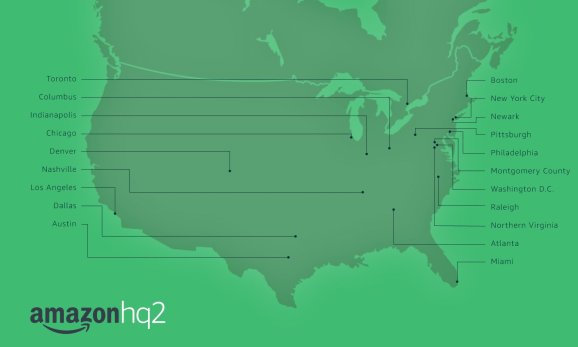 In the weeks since Amazon announced the 20 cities still in contention to land its second headquarters (HQ2), many of the finalists are scrambling to gain an edge over their competitors. But some prominent economists, academics, and former government officials are asking cities to think twice before they offer the ecommerce giant too good a deal.

Tuesday afternoon, a petition began circulating on Change.org asking “elected officials and community leaders of Amazon HQ2 finalist cities” to collectively agree that they will not offer Amazon any tax incentives to land HQ2. The petition’s 93 original signees include Robert Reich, former U.S. Secretary of Labor under President Bill Clinton; urban studies expert Richard Florida, who coined the term “creative class;” and Jason Furman and Alan Krueger, both former chairs of the president’s Council of Economic Advisors. As of this evening, the petition had over 300 signatures. A number of professors from Harvard University, MIT, and other top schools also signed on.

The petition states that while the signees support Amazon’s decision to build a second headquarters, “incentives do not alter business location decisions as much as is often claimed and are less important than more fundamental location factors. Worse, they divert funds that could be put to better use underwriting public services such as schools, housing programs, job training, and transportation, which are more effective ways to spur economic development.”

While the petition didn’t criticize any cities by name, it did call out “at least four jurisdictions [that] have proposed multi-billion-dollar incentive packages.” That list includes Newark, which — along with the state of New Jersey — offered Amazon at least $7 billion in tax incentives. If the Newark package is any indication, the incentive packages offered to Amazon will likely be among the largest, if not the largest, ever offered to a U.S. company.

In its original RFP for HQ2, Amazon said that “incentives offered by the state/province and local communities to offset initial capital outlay and ongoing operational costs will be significant factors in the decision-making process” — so it’s unlikely that cities will collectively agree to take incentives off the table. But the petition will likely put more pressure on finalist cities to reveal what they offered Amazon.

“Unilateral disarmament has never worked … we want to see incentives that benefit the greater community,” Pittsburgh mayor Bill Peduto told the Pittsburgh Post-Gazette in reaction to the petition.

VentureBeat reached out to Amazon for comment, and will update this story if we hear back.