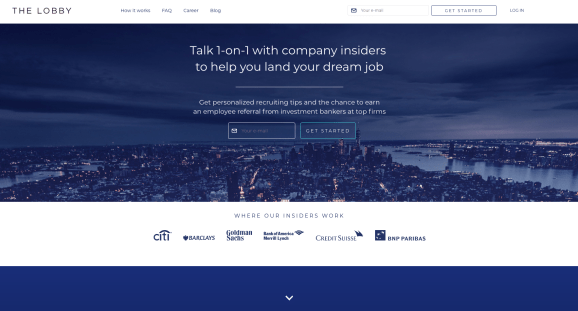 Not everyone has a family member or college buddy working at a top investment bank, which can make it harder to break into the industry. The Lobby wants to help these candidates by connecting them directly with Wall Street insiders through one-on-one calls. The New York City-based startup will be graduating from Y Combinator’s Winter 2018 batch in March, but its service is launching out of beta today.

“It’s become clear that if you don’t come from a privileged background or elite school, there’s a ceiling on the career opportunities available to you,” said The Lobby founder and CEO Deepak Chhugani, in an exclusive interview with VentureBeat. “Most job candidates need connections and insights from insiders, and we’re on a mission to help democratize access to those resources.” 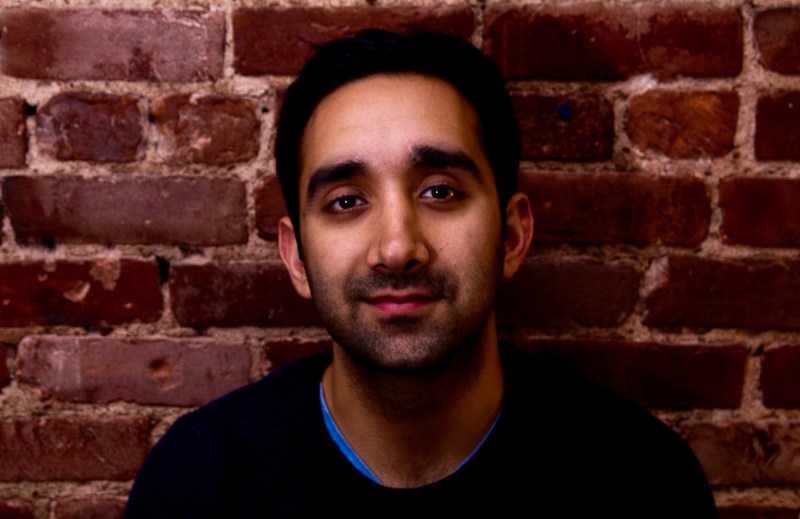 Above: The Lobby founder and CEO Deepak Chhugani

Here’s how it works: Job candidates seeking advice can sign up on The Lobby’s website by filling out a questionnaire and submitting their CVs. The startup will then match them with the best insider to chat with. Calls cost between $40 to $70 and generally last 30 minutes.

“Three to four calls can be really effective to get a feel for different teams and groups,” said Chhugani. “About 40 percent of our paying users are getting employee referrals after each call.”

The Lobby is currently working with more than 100 insiders across 15 investment banks, which include Goldman Sachs, Bank of America Merrill Lynch, and Credit Suisse. The startup runs a vetting process before onboarding insiders, making sure they have gone through the recruiting process themselves.

The aim here is not to generate a new source of revenue for Wall Street insiders, but rather create value for both parties and give insiders a chance to pay it forward.

Chhugani experienced this himself. Born of Indian parents in Nairobi, Kenya, the young entrepreneur grew up in Ecuador. He then studied economics and finance at Bentley University in Waltham, Massachusetts. Basically, not your typical WASP-y type. When it came time to apply for a job in investment banking, Chhugani wasn’t sure where to start.

But luckily, he found mentors, made connections, and landed a summer internship at UBS and then a job at Bank of America Merrill Lynch. “We started helping people in the years below us,” he added. “I liked this idea of mentorship.”

And so the idea for The Lobby started (the original name of the startup was PrepMe). The concept behind the new name is that the startup may not land you a job, but it gets you a foot in the door by bringing you to the bank’s lobby.

Competitors in the space include Wall Street Oasis and Purple Squirrel.

The Lobby has raised $120,000 from YC and additional seed money from angel investors. It is now focused on testing different user acquisition channels, growing its community of insiders, and looking to expand to other industries.

Founded in May 2017, The Lobby currently has four employees.