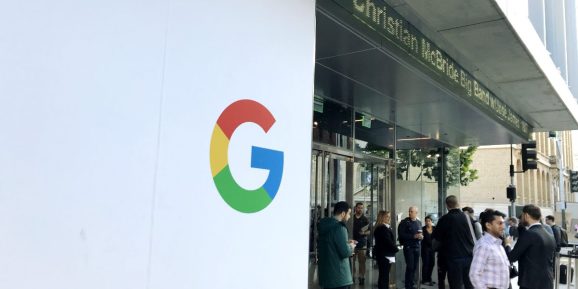 Google logo on display at the Made by Google event held in October 2017 in San Francisco.

Almost two years after filing an antitrust lawsuit against Google, Getty Images announced today that it has signed a licensing deal with the Silicon Valley giant.

The release issued by Getty doesn’t offer much detail on the deal, nor does it address whether Getty has dropped its legal action. It simply states that the two companies have agreed to a “multi-year global licensing partnership, enabling Google to use Getty Images’ content within its various products and services.”

“This agreement between Getty Images and Google sets the stage for a very productive, collaborative relationship between our companies,” said Getty Images CEO Dawn Airey, in a statement. “We will license our market leading content to Google, working closely with them to improve attribution of our contributors’ work and thereby growing the ecosystem.”

Getty has been furious with Google for years, accusing the company of essentially stealing its images for its search engine. In April 2016, Getty filed an antitrust lawsuit saying that when Google started displaying high-resolution photos in its search results, it was diverting traffic away from Getty’s own site and making it too easy for users to download photos without paying for the images or giving appropriate credit.

The announcement doesn’t offer any details about payments or royalties. VentureBeat has reached out to both companies for comment.

“We’re excited to have signed this license agreement with Getty Images, and we’ll be using their images across many of our products and services, starting immediately,” said Cathy Edwards, Google engineering director, in a statement.