Any ordinary startup will need to face the challenge of finding the right combination of both a product-market fit and a business model that gets them to a revenue positive scenario. Naturally, things are much trickier when that startup is operating in an emerging tech like VR, where the consumer market, for example, is currently having a hard time finding its legs. Indeed, as I wrote back in June, consumer VR startups need to brace for the long winter and think, be, and act like cockroaches until the market fundamentals really take shape.

That said, it’s not impossible for a VR startup in either the consumer or enterprise space to find their niche and reach revenue sanity in the near term. It’s just super unlikely to find a stable position that can offer a respite from current market conditions, especially when that VR solution seeks to disrupt rather than integrate itself as a value-add to traditional industries. A closer look at one case example can offer the kind of insights and lessons that I think are worth studying if you happen to be navigating through similar waters.

I first covered VirtualSpeech in July 2016 when they initially offered VR rehearsal and job interview simulations, and then went back for seconds in December 2016 when they expanded into educational training simulations like language learning. The team mostly bootstrapped throughout that period, aided initially by a UK grant that allowed them to hit the ground running and, about a year later, with a welcomed pre-seed injection that accompanied their acceptance to the Silicon Valley VR accelerator, Boost VC.

Let’s take a closer look at how their product-market fit and business model adapted step by step throughout this windy road.

A big reception with mixed signals

The first lesson came soon after their initial launch as a free app, which generated over 100,000 downloads on the Samsung Gear, Google Play, and iTunes stores, but it failed to make the switch to a paid app soon enough. This particular launch strategy has proven to be a sound approach for many types of mobile apps that have followed the paid download model, but it didn’t stick for this particular VR solution.

“If I were to run a second startup, I would definitely monetize from the start” Dominic Barnard, a cofounder at VirtualSpeech, recounted to me.

While the paid app model clearly didn’t work and was in need of tweaking, the upside was that the positive market response proved there was a demand and value to this type of immersive content and it received wide media coverage from the likes of Forbes, NY Times, BBC, and the Huffington Post.

In and out goes freemium

The team then decided to experiment by moving into a freemium model that incorporated one off in-app purchases in order to see how it affected retention. That didn’t play out well, however, as they observed that only a small fraction of users were willing to purchase additional environments beyond what was already available for free. The reason was because too much value was offered upfront for free, and so most users didn’t feel compelled to make the additional step of paying to access more environments or scenarios. 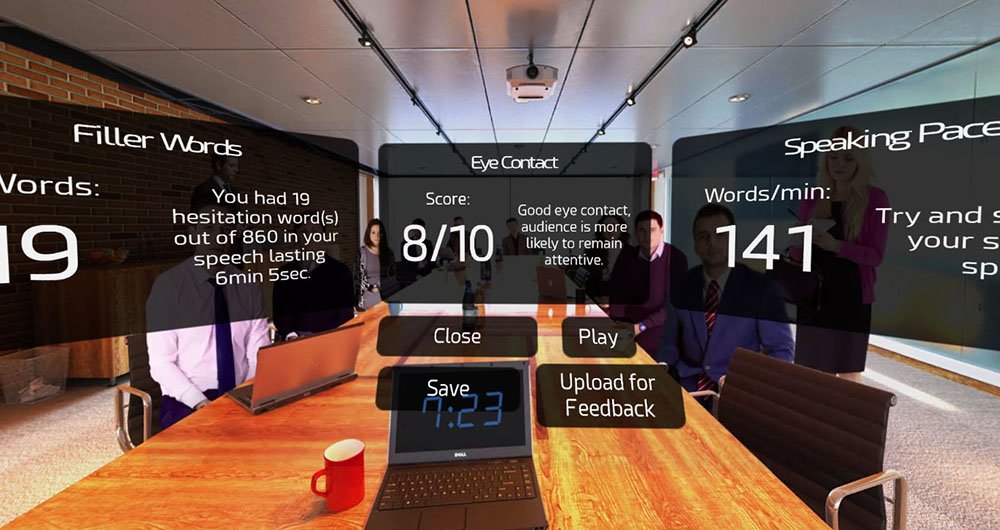 What about a recurring subscription?

The team decided to drop the freemium model and switch to a subscription model that shifted from low cost one-off purchases to a medium cost recurring fee. This revealed the otherwise elusive insight that most of their users sought out their solution because they had an upcoming need for it, such as a conference presentation or high profile networking event. As a result, the majority of them would stop their subscription after 2-3 months.

So far, all of the product-market fits didn’t work because there were no apparent revenue models to accompany them. However, the user insights the team were able to collect along the way had began to paint a clearer picture of their core customer profile and therefore offered hints on how the model would need to change in order to better fit with the market reality.

As it was, the solution vied with traditional ones like online courses and working with trainers in real life. In comparison, the VR solution was novel and different, but perhaps too novel and too different, as well. The team would need to find a way to bridge the gap and follow a hybrid model that offered VR not as an alternative, but as an extension and complement to what was already established in the mainstream.

“I think Boost VC was the turning point from a ‘product’ to a ‘business’, where we had a hard look at what we were creating and realised it wasn’t going to generate enough revenue, so we decided to switch to courses.” Barnard told me. “Also, from looking at retention, this was never going to be a product users used everyday, for months. We therefore combined our VR solution with something people are already familiar with, namely online courses.

So they began to experiment in developing courses that would balance their approach by now incorporating theory, narrative, and context on top of the VR simulations, which would in turn be used to put all of that knowledge into practice. The hybrid model would allow VirtualSpeech to charge its users a one time high-cost fee for a single course, whenever a user had an upcoming need for that resource. The online part of the course would help build the context for the VR training, which gave users a good reason to make the effort of putting on a VR headset. 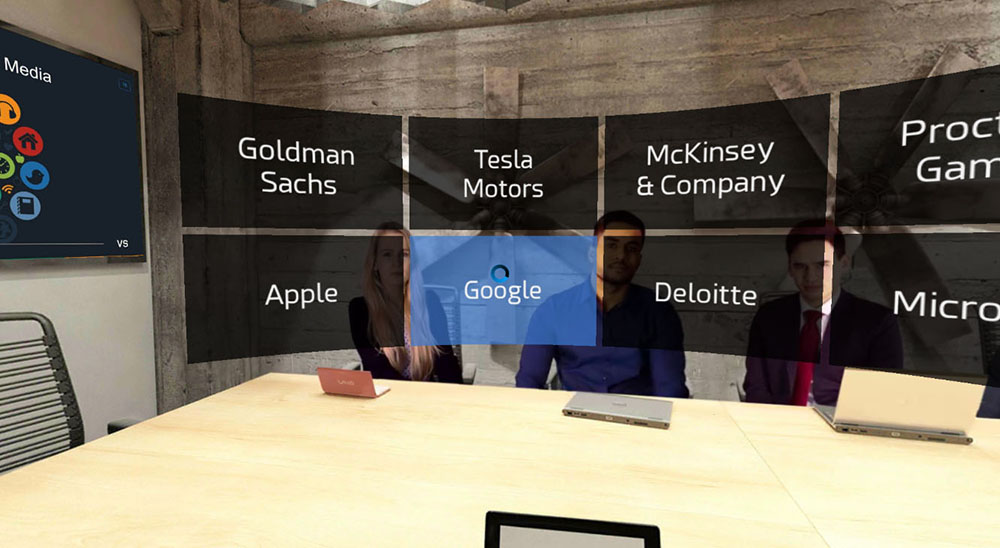 “The online classes help users learn about a topic, which they can then practice in realistic virtual environments. I think this learn-practice model is very powerful, and has been adopted by large programming training companies, such as Pluralsight and CodeSchool. We’re trying to apply it to the soft skills market.” Barnard told me.

Some of these courses are developed in-house as proprietary content, like in the case of the TEDx series. Others are developed from the outset in partnership with trainers and organizations by complementing their existing curriculum with VR as the immersive extension. It’s this “co-creation” variety that will most likely establish VR as a standard complement to mainstream training programs, just like we’re already seeing at scale in the case of Walmart.

Surely a good indicator that we’re going in precisely that direction is that VirtualSpeech is currently revenue positive.