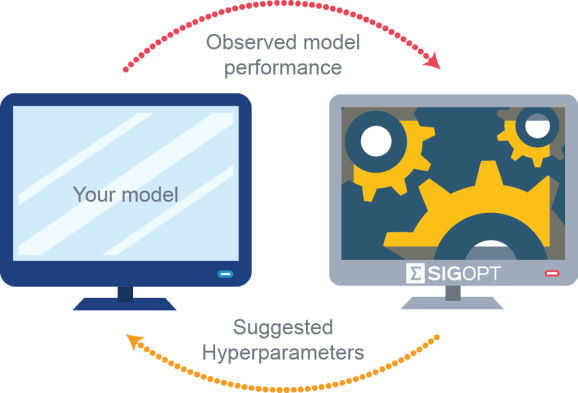 In-Q-Tel, an investment firm that connects tech companies with the U.S. Intelligence community, has taken an undisclosed stake in SigOpt, a San Francisco-based AI startup. The move will provide the startup with additional capital and help it reach an audience of secretive AI practitioners at spy agencies.

As part of the deal, In-Q-Tel will sell SigOpt’s technology to U.S. intelligence agencies. SigOpt’s software lets customers automatically optimize the hyperparameters in a machine learning system — certain variables in the algorithm that help control how well the resulting model performs.

Ordinarily, optimizing hyperparameters requires manual tweaking by experts who are doing so through a mix of intuition and guesswork. SigOpt’s software replaces that process with a system that observes how a model performs and uses that insight to suggest new hyperparameters that should improve its results. Offloading that task to the software will let data scientists focus their efforts on other parts of creating an AI system.

The system works without observing a model’s inputs or outputs, so customers don’t have to worry about sharing their data with a third party, or even uploading it to a cloud service if they would rather run the software solely in their private datacenters.

That ability to run in a private cloud setting helps set SigOpt’s offering apart from some of its competitors’ products, like SageMaker, which Amazon Web Services launched late last year. That system is designed to simplify the entire process of creating a machine learning model, including the optimization of hyperparameters, but it requires users to perform some processing in the AWS cloud, which may be a nonstarter for things like sensitive intelligence data.

SigOpt already has a number of customers, including travel site Hotwire and the Massachusetts Institute of Technology (MIT). Company cofounder and CEO Scott Clark said in an email that SigOpt also made deals with algorithmic trading firms, though he didn’t disclose which ones.

In-Q-Tel doesn’t disclose how much it invests in startups, but the firm’s funding comes roughly a year and a half after SigOpt closed a series A round of funding worth $6.6 million that was led by Andreessen Horowitz.