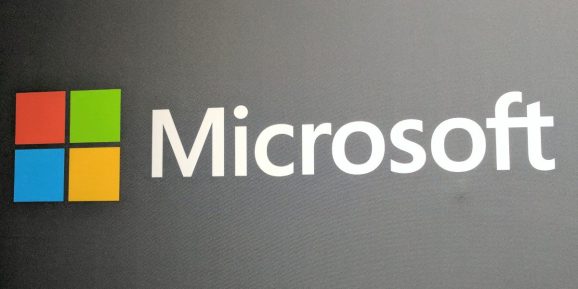 Microsoft announced today that it’s ditching many of its massive giveaways of cloud credits in exchange for helping startups sell their products through the company’s sales team, in partnership with accelerators and venture capitalists around the globe. It’s part of the Microsoft for Startups program, the latest iteration of the tech giant’s work with up-and-coming companies.

The tech titan’s BizSpark program, which offered thousands of dollars in free cloud credits, along with free access to Office 365 and Microsoft’s Visual Studio developer tools, is no longer accepting new applications, and the company will be eliminating it once the benefits expire for companies already in the program.

Instead, Microsoft is focused on working with companies in its freshly rebranded ScaleUp accelerators and partner organizations like Y Combinator to promote their services through its sales team and partner network. Access to Microsoft’s more than 40,000 salespeople, along with that team’s set of existing relationships with businesses, could drive significant sales for startups that are selling to other companies. (Members of those programs also get access to up to $120,000 in Azure credits.)

But Microsoft also stands to benefit. Startups that want to take advantage of the co-selling support will need to build their products on Microsoft Azure, not one of the company’s competitors, like AWS, which currently holds the lead in the cloud market. Companies don’t need to run exclusively on Microsoft’s cloud, however.

Microsoft previously offered access to co-selling opportunities to companies backed by its corporate venture arm. Expanding that offer to ScaleUp participants brings in more teams, beyond those who are right for an equity deal. The more teams Microsoft can get on board with the co-selling program, the more teams it can get building on top of Azure. As companies grow, their use of Microsoft’s cloud should grow with them.

Last year, Microsoft Ventures chief Nagraj Kashyap told VentureBeat that the overwhelming majority of startups the company invests in are using clouds that compete with Azure at the time of the deal, and the tech titan doesn’t force a change. However, the promise of co-selling was a carrot that the team could dangle in front of companies to encourage a migration from one cloud to another.

Microsoft won’t just throw startups in the deep end. Its program is designed to help companies make sure their product and go-to-market team is ready to work with the company’s sales organization, so that it’s a beneficial experience. That said, Microsoft will still have to prove that the co-selling benefit is worth switching platforms, or building an application on top of Azure from a company’s first line of code.

Overall, Microsoft is committing $500 million (roughly 1.7 percent of its revenue last quarter) over the next two years to help startups as part of the program, through joint sales engagements, free software, and expanded Microsoft Reactor community spaces.