RealWear has raised $17 million for its AR wearable device aimed at workers in construction and other heavy industries.

Vancouver-based RealWear is already shipping its hands-free HMT-1, which is mounted via a band that goes around your head or safety helmet. It’s a wearable device, but RealWear CEO Andy Lowery calls it a “head-mounted tablet,” since it lets you view the equivalent of a seven-inch Android tablet while you’re working.

The funding will help the company ship more of the devices to customers around the world whose workers toil in extreme environments. Columbia Ventures led the round, with participation from Realmax.

“We have targeted this for industrial use,” said Lowery, in an interview with VentureBeat. “We have architected a wearable computer that fits into different protective equipment, like snapping into a hard helmet. It’s similar to [the now-discontinued Google] Glass, but designed for outdoor usage.”

You can arrange the HMT-1 so that you can view it with your dominant eye. You adjust the viewing pod so that it is just below your line of sight, which allows you to see everything in front of you with both eyes. In contrast to glasses, you only look at the display with one eye, and you can control the device with voice commands. 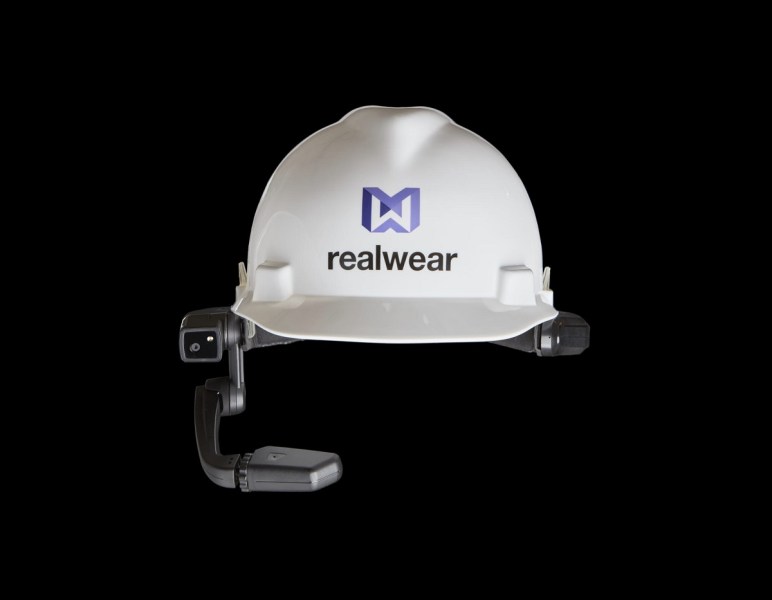 The company is targeting workers in oil and gas, energy, telecommunications, utilities, manufacturing, and transportation. Workers in these sectors are often at construction sites or refineries where traditional computing devices or even smartphones are not usable. The wearable serves as a “third hand” for someone who has to go through a complicated repair process, Lowery said.

The HMT-1 offers remote mentor video calling, document navigation, guided workflow, mobile forms, and industrial internet of things data visualization, and it currently operates in 10 languages. It allows workers to operate other tools needed for the job, even if climbing a scaffold or tower, in noisy, dusty, or even dangerous environments. Allowing the worker to maintain full situational awareness, HMT-1 is faster, safer, and smarter than either a tablet or smart glasses, Lowery said.

“You can use voice commands to dial your mentor and show them what you are looking at,” he explained.

Lowery was the former president of Daqri, another maker of AR glasses, where he worked from 2014 to 2016. But he left that company and started RealWear in August 2016.

“After seeing the HMT-1 device at work in industrial facilities, it was clear that it is the only device which delivers on the AR and wearable promise for industry today,” said Columbia Ventures CEO Ken Peterson, in a statement. “RealWear’s vision is compelling to us, with the potential to transform how work gets done in industry, empowering industrial knowledge workers with real-time information, without encumbering their hands. RealWear has proven that it has the experience and ambition to make AR and wearable solutions function in actual industrial use cases, and an unlimited number of other uses to explore.”

RealWear began shipping a beta version of the device in early 2017, just eight months after its founding, and then it moved to mass production six months after that. So far, it has shipped thousands of units to more than 200 customers, and it is now making about 1,000 devices a week.

The device can be clipped to any kind of headgear or wrapped around your head. It has a 12-hour battery, with stronger processing power and memory than many other devices that you would wear as glasses or head-mounted displays. 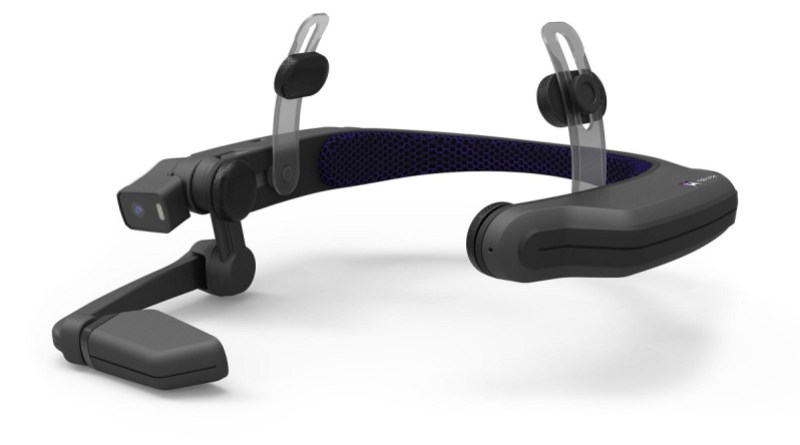 Above: RealWear is like having a 7-inch Android tablet in front of your eye.

The company has raised $17 million to date and will likely add $3 million more in the next few months. It has 70 employees.

While the product may remind some of the much-maligned Google Glass, it isn’t supposed to look beautiful. If you want that, you’ll probably favor AR glasses, such the kind Lowery’s former company, Daqri, is building. But RealWear is focused on safety, which is why it designed the device as a head-mounted wearable.

“It doesn’t need to look pretty because it goes on an ugly helmet,” Lowery said.