Twitter’s unexpected discontinuation of its free eponymous Mac client late last Friday hasn’t gone over well with Mac users, even though it rated an abysmal 1.7 out of 5 stars before it disappeared from the Mac App Store. Amid concerns that Twitter’s other long-neglected Mac app, TweetDeck, might soon disappear, third-party clients are adjusting their prices, hoping to win over disgruntled Mac Twitter users.

Twitter’s Apple platform apps have been criticized for years, despite starting strong as upgraded versions of Loren Brichter’s popular Tweetie apps for iOS and Mac. Brichter left Twitter less than a year after Tweetie’s January 2011 acquisition, and Twitter subsequently struggled to maintain the apps, stumbling on everything from iPad layouts to Retina displays to 240-character tweets. Once the official Twitter app introduced timeline-disrupting ads, some users left for paid third-party clients, but Twitter’s free clients remained popular because of their price. 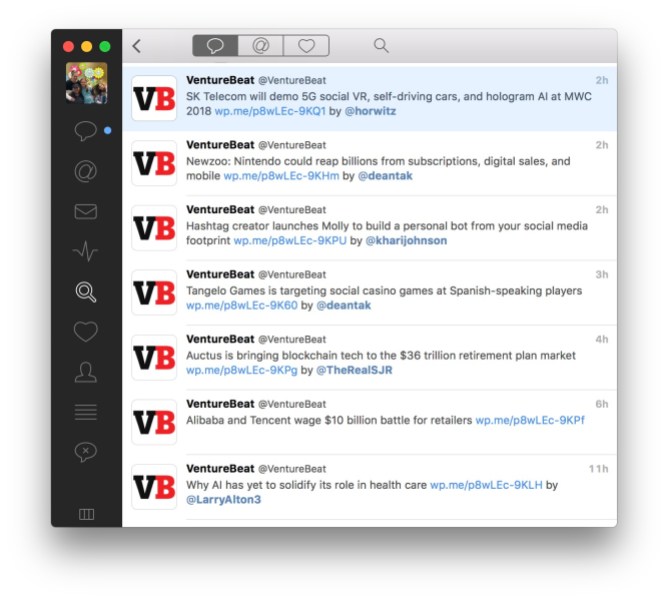 Unlike Twitter’s official Mac client, Tapbots’ Tweetbot (above) has been steadily improved ever since its 2012 release, evolving to embrace almost all of Twitter’s new features — except ads — while offering compact windows for viewing and composing tweets. From a layout standpoint, Tweetbot is the easiest transition from Twitter for Mac, given its similar use of vertically arranged tabs. It has dropped from its originally steep $20 price point to $10. 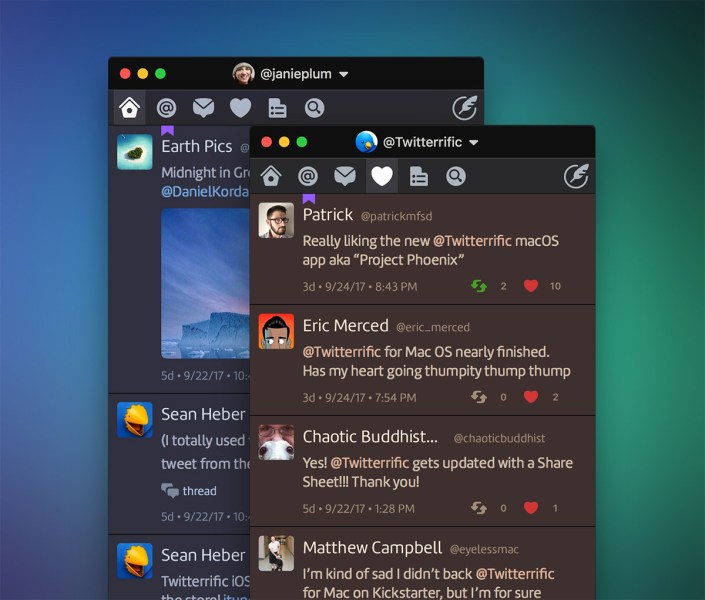 By comparison, The Iconfactory’s Twitterrific (above) has had a spottier history on the Mac, dropping off the map for years until a Kickstarter campaign brought it back in October 2017. Current version 5 has a horizontal tab layout that’s somewhat like Twitter’s desktop web view, but with superior font and theme customization, all inside Tweetbot-like compact windows. Normally $20, it’s currently available for $8, undercutting Tweetbot’s price.

Twitter’s current alternatives for Mac users aren’t great. Its discontinuation notice for the Mac app pointed users to the Twitter web site “for the full Twitter experience on Mac,” which many users will find challenging due to the tremendous amount of real estate required by Twitter’s web pages. 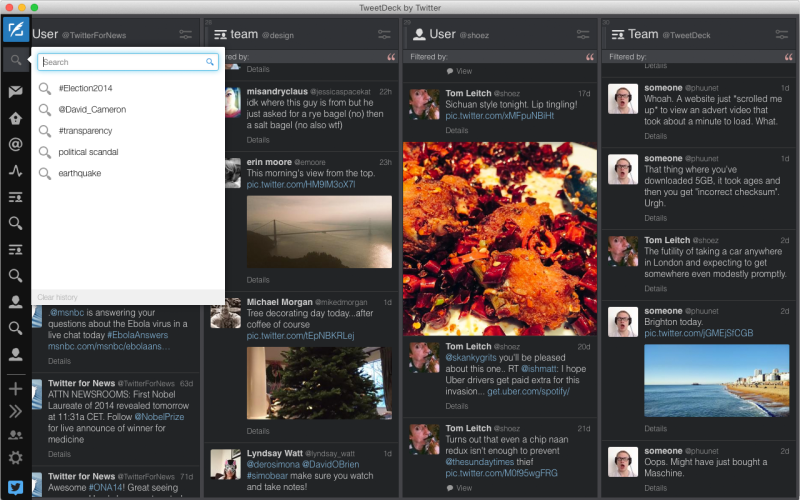 Additionally, Twitter’s TweetDeck (above) remains available for free download from the Mac App Store, though it has a mediocre 2.5/5-star rating and hasn’t been updated since July 2015. Power users with multiple Twitter accounts still appreciate TweetDeck’s unique multi-pane layout and post scheduling features, which made it a standout even before Twitter acquired it in May 2011. That said, if you’re considering becoming a TweetDeck user, note that Twitter pulled its older brother from the App Store without any advance warning, and is discontinuing support in less than 30 days, which might well happen with TweetDeck as well. 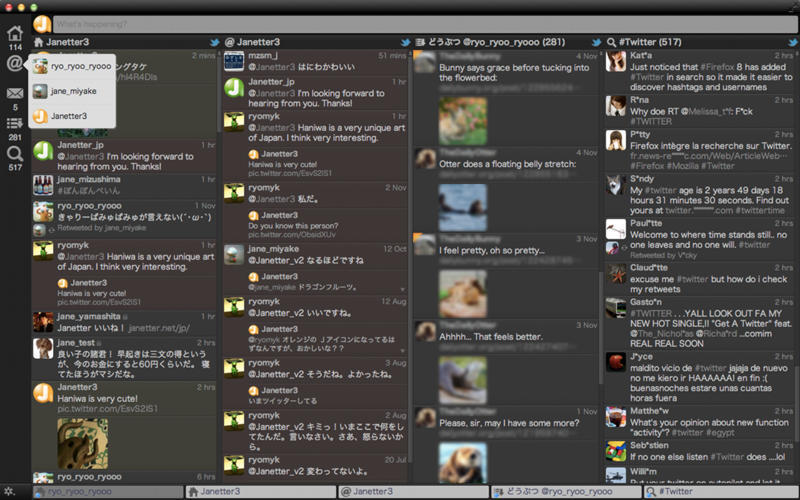 A Japanese-developed alternative to TweetDeck called Janetter (above) comes in free and Pro versions, the latter currently $5 after debuting at $7. The free version supports up to three simultaneous Twitter accounts, versus seven in the Pro version. Note that neither has been updated by developer Jane, Inc. since May 2017.

As for what’s next, it’s unclear whether Twitter is planning an improved universal client or just hoping to push more users to its web pages. The company has said only that it’s “focusing our efforts on a great Twitter experience that’s consistent across platforms.” Twitter for iPhones and iPads remains available for free download from the iOS App Store.