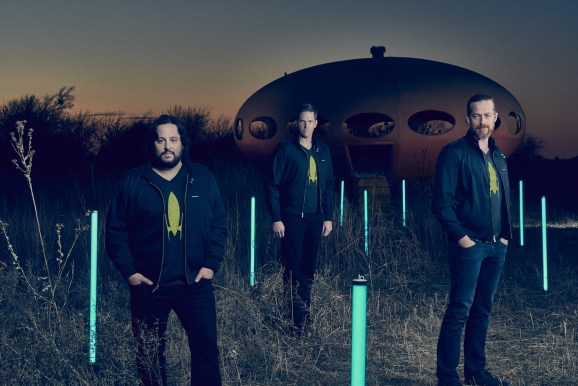 Hypergiant is launching out of stealth today to help large companies develop an AI strategy to meet their business goals. The startup is also launching Hypergiant Ventures, an AI investment fund, and Hypergiant Applied Sciences, a product incubation studio.

Hypergiant raised a seed round of an undisclosed amount last August and currently has 24 employees, with plans to grow its team to more than 150 by the end of the year. Customers include Bosch and TGI Friday’s, and the startup has established product incubation partnerships with Adobe and the aviation division of General Electric.

Hypergiant will be run by Conversable CEO Ben Lamm and currently has offices in Houston, Dallas, and Austin.

Conversable is best known as the maker of bots for large brands like TGI Friday’s, Pizza Hut, Whole Foods, and Booz Allen, which has been called “the world’s most profitable spy organization.” In 2017, Facebook included Conversable on a short list of companies essential to the Messenger Platform bot ecosystem.

Lamm said Hypergiant was formed independently of Conversable to provide services that go beyond conversational AI and to take advantage of opportunities discovered during Conversable’s expansion over the past two years.

Lamm noted that for a lot of companies, AI has become “like the drug that nobody knows what it does but everybody wants it.”

“Hypergiant first helps companies understand what these words [artificial intelligence] actually mean and how AI can drive value in a specific set of use cases, how can we show true ROI and value creation in 3-5 months that speak to your business problems,” he said.

An example of the pragmatic approach and quick turnaround Hypergiant has in mind can be seen with TGI Friday’s new mixologist service for making custom cocktails, which went drom concept to creation in a matter of months.

“It can start to understand if you like sour drinks or bitter drink or sweet drinks. It can learn these kinds of background trends against different groups and populations and can make better recommendations to you based on how it’s seen you order, and other correlations,” he said.

Hypergiant Ventures plans to make about a dozen seed round investments in companies with AI-related technologies in 2018, Lamm said, with initial investments in AI solutions from Pilosa, Cerebri AI, and ClearBlade.

Storytelling will be an important part of Hypergiant’s focus.

“One of the things we’re going to be pretty aggressive with [for] our customers is telling their stories. We’re only working with customers that will either let us tell the full story because we think it will help the entire industry moving forward or tell a redacted version of the story,” he said.

Hypergiant’s seed round was backed by Mythic Ventures, Align Capital, and Beringer Capital.

The company was cofounded with John Fremont and Will Womble, who previously worked with Lamm at Chaotic Moon, a company acquired by Accenture in 2015.