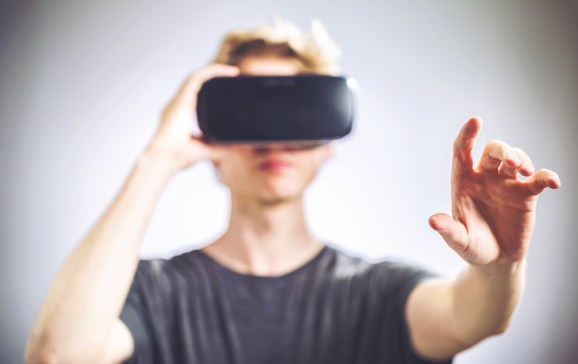 Few emerging technologies generate as much buzz as augmented reality (AR), virtual reality (VR), and chatbots. Even so, it seems like these new technologies explode onto the public radar, then vanish as quickly as they arrive. Behind the scenes, though, companies and researchers are making ongoing breakthroughs in all three of these areas. And when AR and VR combine with AI-powered chatbots, magic happens.

A brief history of AR and VR

Augmented reality has been around for a few years, notably in games such as Pokémon Go. It didn’t really grab the public’s attention on a large scale until the last generation of iPhones was released, though. The iPhone 8, iPhone 8+, and iPhone X were all billed as having special chips designed to make AR a better experience. A few apps were showcased, a few hit the App Store, and it’s been mostly crickets since.

Virtual reality has been a science fiction staple for decades, with its origins traceable as far back as the 1950s. In recent years, it’s become a reality, with headsets available at major electronics stores. VR in the mainstream seemed to peak with Facebook’s purchase of Oculus and the release of Samsung’s Gear VR, but there are some exciting new headsets coming soon.

Chatbots are getting smarter

Virtual assistants are gaining in popularity as more businesses adopt them, especially in voice communication. Amazon, for example, opened up its voice-based chatbot tools to developers. Called Amazon Lex, these tools are part of the intense competition between Apple, Google, Amazon, and Microsoft to gain a lead in the voice assistant space.

These accelerating technologies could help chatbots move beyond text-only functions to voice communication. Businesses could then more easily provide an automated phone system that can answer questions without needing to involve human representatives. This could be a more natural and convenient way to communicate with bots than typing in a chat interface.

When they come together…

Companies are realizing that these technologies are complementary. Facebook, in particular, is in a unique position to capitalize on the convergence of AR, VR, and chatbots. The company’s Messenger chatbot platform boasts over one billion users. Meanwhile, Facebook also owns Oculus, one of the biggest names in VR. As mentioned above, the Oculus headsets were some of the first to enter the public consciousness.

With these two platforms operating under the same roof, there’s a ton of potential for unique solutions. And since the Facebook Messenger chatbot platform is open to third parties, almost any company could get in on the action.

Chatbots, AR, and VR have potential outside the traditional business setting. Airports around the world already use chatbots to provide customer service to passengers. Airports have also employed VR since 2011, starting with Copenhagen Airport’s smartphone app. It wouldn’t be a stretch for the two technologies to merge and enhance every traveler’s experience.

A mix of AR and chatbots has a lot of possibility in the retail space as well, especially if something like Google Glass ever takes off. Someone could walk into a store and have a digital overlay automatically pop up with a chatbot on hand to assist them. This could work with a smartphone, but the need to pull the phone out constantly is inconvenient. This inconvenience is part of the reason augmented reality never took off in airports. Wearable technology could help solve this problem.

Virtual reality and chatbots could also come together in the travel industry to provide interactive travel agency services. Customers could browse vacation destinations and hotels by visiting them through VR, with a chatbot available to answer questions and book trips. The same could happen with AR to a lesser degree.

These technologies involve the collection and use of data. Chatbots need to understand typing and speech patterns, AR requires location awareness, and VR could involve any of these factors. VR could also bring in fine levels of detail, like what an individual looks at during the experience. What will companies do with all this data? Will they violate user privacy in these situations?

It’s not so much a question of whether these concerns are valid — companies already collect a lot of data on users for targeted advertising. The question is how seriously these businesses will take privacy concerns.

While AR, VR, and chatbots are exciting technologies on their own, the possibilities opened up by merging them are really worth looking forward to. It’s still a little early to tell how they’ll work together, but this is definitely a space to watch over the next few years.

RaShea Drake is a digital journalist who writes for Glassdoor, Socialnomics, and Business2Community.