As more and more manufacturers have adopted nearly bezel-less, 18:9 displays and have even begun to move them downmarket, Sony Mobile has remained stubbornly attached to generous top and bottom bezels throughout its lineup. That will end  Sunday, on the eve of Barcelona’s Mobile World Congress, when the company introduces its first pair of redesigned flagships: the Xperia XZ2 (pictured below) and XZ2 Compact. 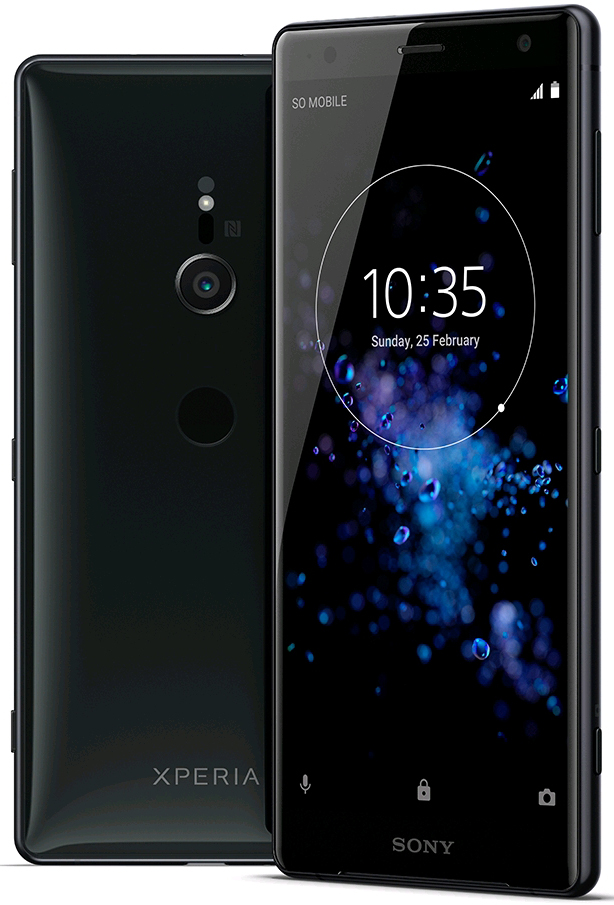 According to a person who spent time with the devices, the 5.7-inch XZ2 and its 5.0-inch little brother boast largely the same features, with a few caveats. At the heart of these Android 8.0.0 Oreo-powered handsets is Qualcomm’s top-of-the-line system-on-a-chip for 2018: the Snapdragon 845 (also expected in some variants of the Samsung Galaxy S9 and S9+).

The XZ2 sports 3D glass on both faces of its aluminum frame, with the front offering a larger screen-to-body ratio than any previous Xperia. Its glossy finish comes in four different colors — black, silver, green, and pink — and is contrasted by the non-scratch polycarbonate finish on the XZ2 Compact. Both models’ full HD LCDs are protected by Corning’s Gorilla Glass 5.

Around back is the same 19-megapixel, f/1.8 camera setup found on the XZ Premium, capable of 4K HDR recording and super-slow motion capture in Full HD resolution. The camera component layout is slightly different on the XZ2 Compact. As with the Xperia XA2 and XA2 Ultra, which debuted at CES, the backs of these models now also house a fingerprint scanner, unseating it from the power button.

“S Force” stereo speakers adorn the front face of the phones, and XZ2 (but not Compact) supplements the audio with a haptic feedback system that syncs up vibrations to the sound.

Certified for ingress protection, XZ2 features a 3180mAh battery that’s chargeable either via USB-C or wirelessly, while XZ2 Compact has a smaller, 2870mAh pack and only wired charging.

Tune in on February 26, 8:30 a.m. Barcelona time, to learn pricing and release specifics (although the devices should be available sometime in March).