Apple’s widely reported plan to create separate larger, faster, and cheaper versions of the iPhone X became clearer today thanks to a report from Bloomberg. Although the report focuses mostly on what it calls a “giant high-end iPhone,” it also includes a few details on Apple’s upcoming sequels to the iPhone X and iPhone 8.

Said to be code-named D33, the largest device will apparently pack a nearly 6.5-inch screen into a body “about the same size as the iPhone 8 Plus,” likely sporting a similar overall resolution of 2688 by 1242. Factory leaks over the past day have shown what purport to be front glass and screen assemblies for the new phone, suggesting a notch roughly the same size as the iPhone X’s centered at the top of a much larger display. 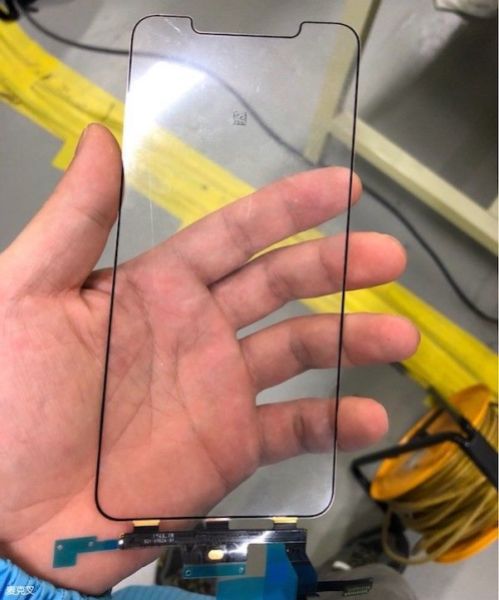 Like the Plus versions of the iPhone 6, 7, and 8, this phone will “probably” be capable of split-screen modes for certain apps, says the report. This might result in some cannibalization of iPad sales as the Plus — unlike the iPhone X — could serve as a “phablet,” with features halfway between a phone and a tablet.

Like certain iPads, Apple is also apparently considering a two-SIM option for the Plus “in at least some regions,” almost certainly utilizing an embedded chip called an eSIM alongside a removable nano-SIM as a compromise to placate eSIM-resistant cellular carriers. The two-SIM feature would enable the iPhone to be more easily used overseas by frequent travelers, a common request of European and Asian users.

According to the report, Apple plans to use A12 processors in both the new Plus-sized phone and a sequel to the iPhone X called D32, enabling both the larger and same-sized phones to outperform the current iPhone X. A gold color option is also planned for both phones, having been left out of the iPhone X due to production issues.

A third phone is expected to feature the same “edge-to-edge screen as the iPhone X as well as Face ID instead of a fingerprint sensor,” but will use LCD screen technology and an aluminum frame rather than the iPhone X’s OLED screen and stainless steel. It’s unclear whether this phone will get an A12 upgrade or remain on the A11, making it similar in capabilities to the iPhone X.