Founded out of Brooklyn in 2013, Industrious pitches itself as a “premium workplace platform” that provides companies with coworking office space, services, management, hospitality, and more. The company claims more than 30 locations across 25 cities in the U.S., with clients including Lyft, Pinterest, GM, and Pandora.

Industrious had previously raised $62 million in funding, and with another $80 million in the bank the company plans to grow its locations across the U.S. and support its “data-driven innovation in structural workspace design,” according to a statement

“The workforce is rapidly evolving, as are its demands for flexibility, mobility and scalability; at the same time, employee expectations for beautiful and productive work environments are increasingly high,” noted Industrious cofounder and CEO Jamie Hodari. “Over the next year, we’ll continue to see a paradigm shift in how the business world defines and makes use of the coworking model, and Industrious is leading that charge.” 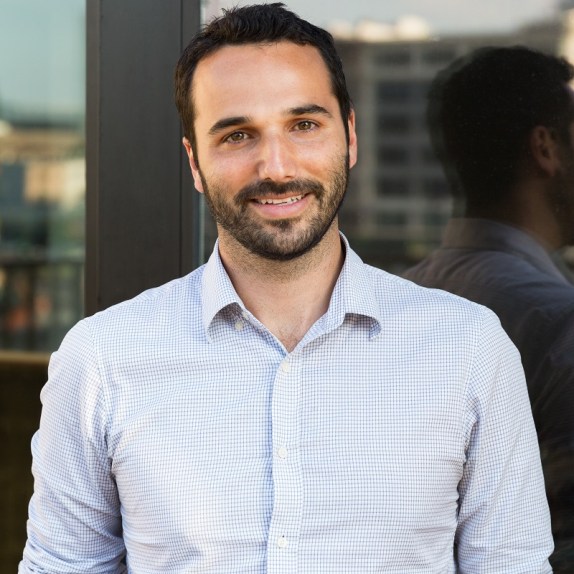 The most obvious comparison to be made here is to WeWork, which has raised around $7 billion in funding and is now valued at (at least) $20 billion, making it one of the five most valuable startups in the world. Matching prime real estate with tenants, it seems, is big business. But Industrious strives to differentiate itself from the competition by positioning its offering at the more premium end of the coworking spectrum and minimizing its own branding in the shared working spaces.

“Beyond the fact that our spaces are beautiful and well-designed; built to emphasize and celebrate our members rather than our own brand; and offer the best benefits, services, and amenities in the business, one of — if not the biggest — differentiator is very clear,” Hodari told VentureBeat. “Hands down, we offer the most professional, welcoming work environment in the industry — one that makes each and every employee excited and proud to come to work each day.”

Though coworking is far from a new concept, it is often synonymous with “temporary” or “stopgap” accommodation. And this is what companies such as Industrious are setting out to change, by allowing startups and enterprises to grow without worrying about the number of desks they’ll need down the line. It’s kind of like cloud computing, insofar as it promises companies elasticity with their office space.

“What we’ve come to know is that, often, coworking can be thought of as a pit stop, with the idea that eventually a company will ‘graduate’ from the coworking environment and move to their own space,” added Hodari. “Our goal is to effectively replace the need for companies to manage their offices on their own. Companies work with us as they grow, primarily because we’re able to scale based on our clients’ needs as they move through the different stages of their business.”

In March last year, Industrious raised $25 million in funding and snapped up office-sharing marketplace PivotDesk. Nine months later, Industrious leveraged the talent behind PivotDesk to launch Central, a “curated marketplace for flexible, sophisticated office space” that launched first in New York City. Real estate firms can list their properties, and companies can search for suitable spaces. So it basically takes the Industrious concept but makes it more scalable through an open marketplace that joins the dots between supply and demand.