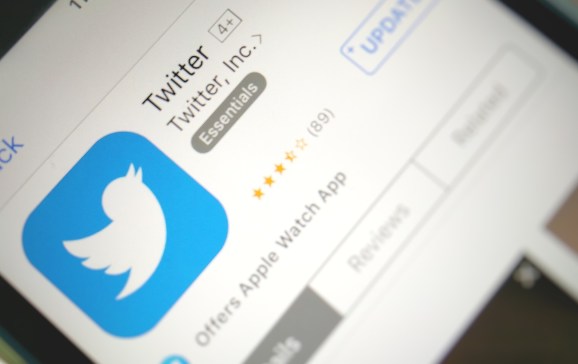 (Reuters) — Riding a wave of new users, improved advertising options and an embrace of video content by users and advertisers alike, Twitter Inc’s revenue has leaped in Japan, helping lead the company to its first quarterly profit.

Earlier this month Twitter reported that sales in Japan jumped 34 percent in the last three months of 2017, compared with a year earlier, to $106 million.

In Japan, Twitter’s success in converting users into revenue — a problem that has vexed the social network since its founding — has raised hopes it might lead to broader growth across the company. Investors and analysts, however, point to Japan-specific factors that may not be replicable elsewhere.

The company seems to be innovating at a local level instead of simply localizing U.S. services, as is common at other tech firms, said Ryo Sakai, a senior planner for the interactive media division at Asatsu-DK Inc, Japan’s third-largest advertising agency.

“I get the impression that Twitter has, in the past year or two, been responding flexibly to advertisers’ requests,” he said.

At the same time, the company has attracted more eyes in Japan: user numbers rose to about 45 million in October from about 40 million just over a year earlier.

The reasons for that are complex, but ad industry executives say Twitter’s policy of allowing aliases and the idea of tweeting — sometimes translated as “muttering” in Japanese — allows Japanese users to express their opinions in a culture that tends to be outwardly reserved.

“There is an ease to anonymity,” says Motohiko Tokuriki, chief marketing officer at Agile Media Network, which advises companies on the use of social media.

The popularity of video on Twitter has been evident during the Winter Olympics. National broadcaster NHK’s video of figure skater Yuzuru Hanyu’s gold-medal-winning short program was watched more than 4 million times and shared 125,000 times.

Facebook, which lagged home-grown rival Mixi Inc in the early days of social networks, has failed to dominate Japan as it has in the United States and Europe.

Twitter now makes $2.36 per Japanese user, compared with $5.97 per user in the United States, according to data from the fourth quarter of 2017. That is nearly twice the $1.24 in revenue per non-U.S. user overall.

Twitter has continued to grow its Japanese mobile user base over the last 18 months even as Facebook struggles to expand its app users numbers, data from Nielsen shows.

And for advertisers targeting a population that has tuned out television, Twitter offers an attractive option: around three quarters of Japanese students over the age of 18 use it, compared with around a quarter on Facebook, according to Nielsen.

Japanese consumers were late to embrace smartphones but have accelerated their purchases, with domestic sales hitting a record high of 32 million units last year, data from the Tokyo-based MM Research Institute shows.

Under the Twitter model, advertisers pay to push their tweets into the feeds of users who may watch the video, retweet to their followers or click through to the advertiser’s website.

Many of the websites of traditional media lack the latest ad options, and video-savvy net media have not taken root to the same extent in Japan as in countries like the U.S., said Yoshiya Nakamura, executive analyst at Nielsen Digital.Digital spending is on the rise, with the ad market for internet media growing 15 percent to 1.5 trillion yen in 2017 — its fourth straight year of double-digit expansion — compared with a 2.3 percent fall to 2.8 trillion yen for traditional media, according to Dentsu.

The importance of Japan to Twitter is reflected by its choice to be one of three countries, along with the U.S. and the U.K., chosen for Twitter’s new “promote mode,” a subscription service that allows smaller business to pay to boost their tweets.

Although Twitter expects its Japan growth to continue, it is less clear whether the success will be replicable elsewhere.

One possibility could be the Middle East, where revenue per user remains low despite a large number of users, said Ross Gerber, chief executive of U.S. investment firm Gerber Kawasaki.

(Reporting by Sam Nussey and Junko Fujita in Tokyo and David Ingram in San Francisco; Editing by Gerry Doyle)