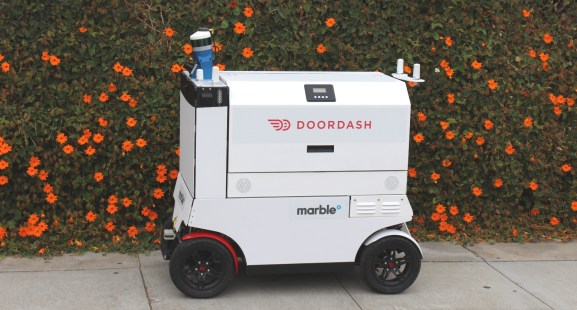 Food delivery startup DoorDash has just gobbled down a gargantuan $535 million round of funding, spoon-fed by Japan’s SoftBank, with participation from Sequoia Capital, GIC, and Wellcome Trust.

DoorDash operates in the U.S. alongside a number of other tech-infused delivery and logistics startups, which include the heavily funded Uber (Uber Eats) and Postmates. San Francisco-based DoorDash connects the dots between restaurants, transport infrastructure, and consumers, and it now operates in more than 600 cities across the country.

Prior to now, DoorDash had raised a paltry $190 million, the last tranche arriving via a $127 million capital infusion led by Sequoia back in 2016. So today’s news effectively quadruples the company’s outside investments since it launched in 2013.

With another $535 million in the bank, DoorDash said it plans to increase its investment in DoorDash Drive, a fulfillment service it launched 15 months ago that allows merchants to use DoorDash for orders made outside the DoorDash platform — opening DoorDash to deliveries beyond the culinary spectrum. The company also said it expects to nearly triple its presence in the U.S. to cover 1,600 cities.

“Our vision for DoorDash is to build the last-mile logistics layer to empower every business to thrive in the digital and convenience economy,” said DoorDash cofounder and CEO Tony Xu. “Today’s investment by the most forward-looking firms in the world accelerates our ability to achieve this vision.”

Above all else, perhaps, this deal again highlights SoftBank’s growing influence in the investment world. Last May, SoftBank CEO Masayoshi Son revealed a massive investment fund of $93 billion, with an eventual closure planned for $100 billion. Indeed, SoftBank was heavily involved in some of the biggest funding rounds in the tech startup realm — in Q3 alone it participated in seven of the 10 biggest U.S. tech investments, to the tune of around $5 billion. The telecom titan plowed big bucks into Uber and Slack, to name just two.

Now we can add DoorDash to SoftBank’s growing portfolio. And as a result of the transaction, SoftBank managing partner Jeffrey Housenbold will join DoorDash’s board of directors.