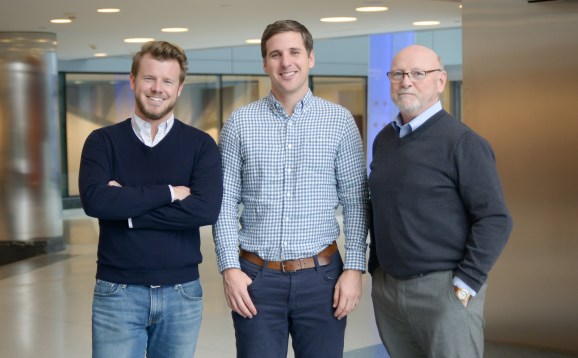 Silicon Valley is home to an abundance of VC firms, all of them competing to get in on the next big deal. But VCs also exist (and succeed) outside of the Bay Area. While Washington, D.C. may not be an obvious location to establish a venture capital firm, Lavrock Ventures set its sights on the political capital. The firm announced today that it has closed its first fund at $25 million to invest in early-stage startups at the intersection of enterprise software, cybersecurity, and national security.

Founded in late 2016 by managing partner Jim Hunt and general partners Daniel Hanks and Steve Smoot, Lavrock Ventures has already made a handful of investments out of its first fund.

One of its portfolio companies is New York-based Graphika, which is reportedly being used by large social networks to tease out the extent of foreign influence operations and propaganda. This is obviously extremely timely, especially in light of the backlash Facebook is facing over its role in 2016’s presidential election.

The VC firm also invested in Annapolis, Maryland-based Sixgen, a cybersecurity company that provides a variety of products and services to clients in both the private and public sectors.

While Lavrock Ventures closed its first fund at $25 million, it expects to invest more than $50 million — something it can do through special sidecar vehicles.

“We will have the ability to ‘punch above our weight’ and write larger checks when situations warrant,” said Lavrock Ventures general partner Daniel Hanks, in an interview with VentureBeat. “Similar to other firms raising ‘opportunity funds’ or ‘growth funds’, our LP (limited partner) base has expressed a strong interest in additional direct allocations where/when available. But we did not raise a specific fund for this purpose. We get the flexibility, and our investors can scale up with conviction on specific deals, without worrying about additional capital being tied up.”

The arrangement gives LPs a way to test the waters without having to commit too much capital in this first fund. If things go well and they see potentially lucrative deals along the way, they can then choose to inject more capital without dealing with the complex fee structures of a fund.

Hanks says the firm is looking to invest between $1 million and $3 million in what he calls “East Coast series A” rounds, which he characterizes as usually between $3 million and $7 million.

While D.C. may be known as a political hub, it is also home to a healthy entrepreneurial ecosystem. The National Venture Capital Association (NVCA) is headquartered there. Steve Case’s VC firm, Revolution, is based in D.C., and so is In-q-Tel, a nonprofit strategic investor that accelerates the development and delivery of advanced technologies to the Central Intelligence Agency (CIA) and the broader U.S. Intelligence Community (IC).

But the duality between tech and politics isn’t always harmonious, it seems.

“The D.C. area definitely has a strong tech scene, but it seems to find itself in a perpetual identity crisis about what it wants to be,” said Hanks. “First and foremost, the region has the highest density of cyber talent in the country, if not the world, when taking into account the multiple three-letter agencies, the large government contractors, and the innumerable young companies. Every six months or so, there is some quixotic initiative to brand the region and manufacture an identity, and D.C., Maryland, and Virginia cannot ever seem to play well together.”

While cybersecurity is D.C.’s strongest asset, technologically speaking, the capital could grow into a larger tech hub. Jeff Bezos already has a strong foothold in the city through his acquisition of the Washington Post. And with rumors that Amazon’s HQ2 could be coming to town, a new flock of startups may soon be moving in.