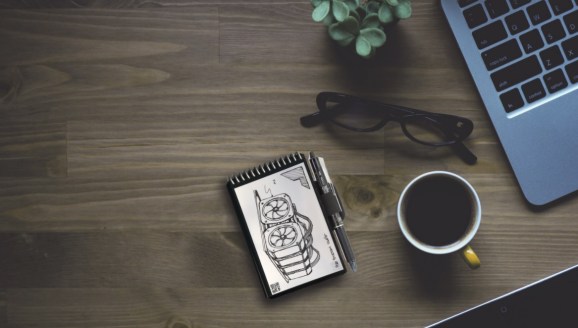 Rocketbook Labs is launching an Indiegogo crowdfunding campaign for the Everlast Mini, an erasable, cloud-connected notebook with pages that can be reused as many times as you like. It’s another notebook for the digital age that lets you do away with classic pen and paper.

It’s a pocket-sized version of Rocketbook’s million-plus selling Everlast notebook, and it has the same cool features of erasability and reusability. Boston-based Rocketbook has an iOS and Android app that makes it simple to take a picture of a notebook page and upload it to any cloud service you like, including Google Drive, Dropbox, Slack, Evernote, iCloud, and others. 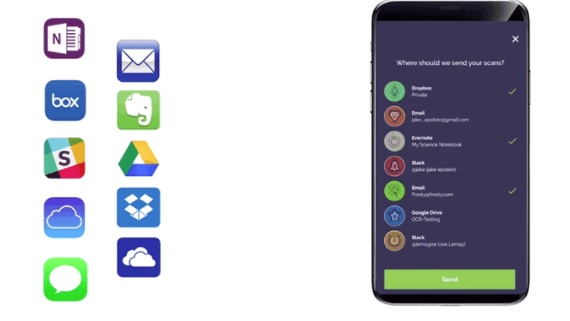 Above: You can upload your Everlast Mini notes to numerous cloud services.

The Wave notebook from Rocketbook can be erased in a microwave oven. Rocketbook’s Everlast, meanwhile, has ordinary-looking pages that are made from a polyester composite, rather than paper. You can write on it with a Pilot Frixion pen, creating either notes or drawings. It won’t rub off if you move your fingers across it. But if you rub it with a moist paper towel, it erases. You can also upload the notes to any cloud services, from Dropbox to Google Drive. That means that you never have to use more than a single notebook.

That’s why Rocketbook says it makes “notebooks from the future.” It has delivered more than a million Rocketbook notebooks for work and school, to date.

“With the same capabilities as the original notebook, but in a smaller package, Everlast Mini enables users to carry their hand-written notes wherever they go,” said Rocketbook Labs CEO Joe Lemay, in a statement. “Having one Everlast Mini is like having one thousand notebooks in your pocket. After completing two incredibly successful crowdfunding campaigns that raised a combined total of over $3.2 million, we are excited to bring a brand new product to the community that gave our company its start.”

Jake Epstein, Rocketbook cofounder, said in a statement, “We worked closely with our customers to come up with the best notebook possible. We even took to social media to ask users how they would like to see the Everlast Mini function. This unique process is what makes the Everlast Mini so special.”

Early backers can get the Everlast Mini for $16 with a pen holder and Pilot Frixion pen included. Customers can choose between four colors: red, green, blue, or black.