Google today launched Chrome 65 for Windows, Mac, Linux, and Android. Additions in this release include Material Design changes and new developer features. You can update to the latest version now using the browser’s built-in silent updater or download it directly from google.com/chrome.

With over 1 billion users, Chrome is both a browser and a major platform that web developers have to consider. In fact, with Chrome’s regular additions and changes, developers have to keep up to ensure they are taking advantage of everything available.

Chrome 65 comes with a few visual changes. The most obvious is related to Google’s Material Design mantra. The extensions page has been completely revamped to follow it:

Chrome will soon also be getting updated Material design dialogues. You can test out the changes yourself by enabling the flag #secondary-ui-md in chrome://flags, or just wait until it launches in Chrome 66.

Next on the visual changes are favicons that appear next to website addresses in omnibox suggestions. This is supposed to make it easier to identify websites:

I say “supposed to,” as I couldn’t get this feature to work. My dropdown menu is still full of search icon and document icons. Your mileage will vary, and this tweak will likely take a while to roll out completely.

Next up, Chrome 65 replaces the Email Page Location link in Chrome for Mac’s File menu with a Share submenu. As you might expect, Mac users can use this submenu to share the URL of a current tab via installed macOS Share Extensions.

But one of the biggest improvements to Chrome still hasn’t arrived. Chrome 64 was supposed to stop sites from autoplaying content with sound. The feature was not turned on for that release and has still not been turned on today with Chrome 65’s launch, even though it does work in non-stable versions.

Chrome 64 included an option to completely disable audio for whole sites, which was originally scheduled for Chrome 63. Google appears to be running behind schedule — we’ll let you know when Chrome disables all autoplaying content with sound.

Moving on to developer features, Chrome 65 includes the CSS Paint API, which allows developers to programmatically generate an image, and the Server Timing API, which allows web servers to provide performance timing information via HTTP headers. At the time of publishing, Google did not share any major changes for end users, but we’ll update you if that changes.

The CSS Paint API, also known as CSS Custom Paint, means developers can now use the new paint() function to reference a paint worklet that will draw the image. Google suggests using the API to make the DOM tree smaller and transferring significantly less data compared to an image. 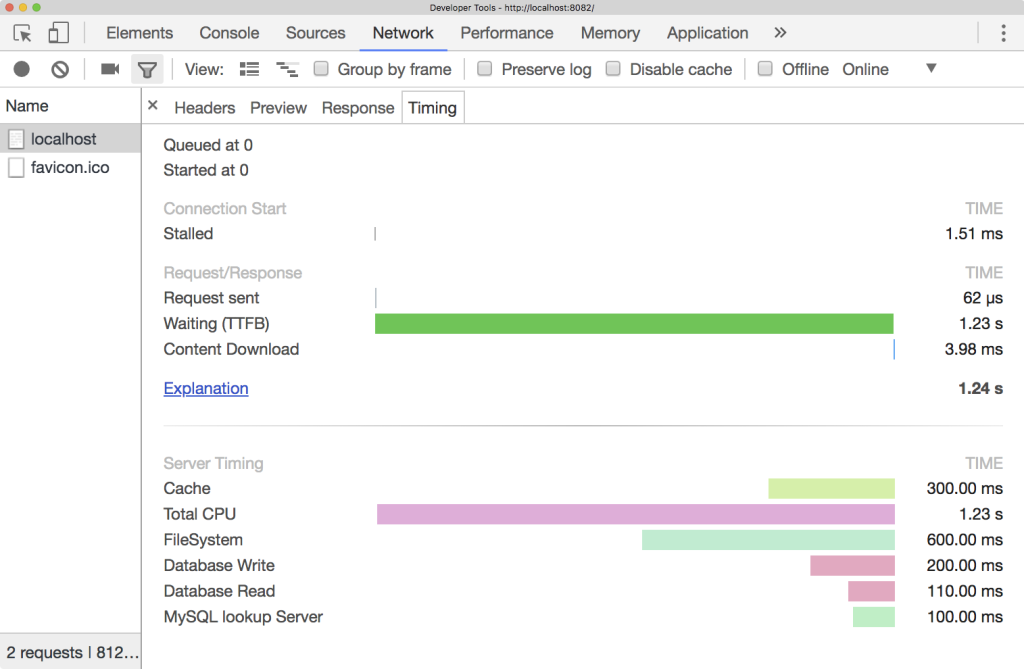 The Server Timing API gives developers a more complete performance picture that includes the speed of both the client and the server. Until now, developers interested in measuring the performance of their web applications could use the Navigation Timing and Resource Timing APIs to request timing data for the document and its resources, but they had no way to query the server for details about its response time to the client.

Developers will also want to know that Chrome 65 includes an update to the V8 JavaScript engine: version 6.5. The release includes an untrusted code mode, support of streaming compilation for WebAssembly code, and speed improvements. Check out the full list of changes for more information.

Other developer features in this release (some are mobile-specific):

For a full rundown of what’s new, check out the Chrome 65 milestone hotlist.

Chrome 65 also implements 45 security fixes. The following ones were found by external researchers:

Google thus spent at least $34,500 in bug bounties for this release. As always, the security fixes alone should be enough incentive for you to upgrade.

Google releases a new version of its browser every six weeks or so. Chrome 66 will arrive by mid-April.

Chrome 65 for Android was also released today with the following changelog:

That update is rolling out gradually over the next few weeks via Google Play.