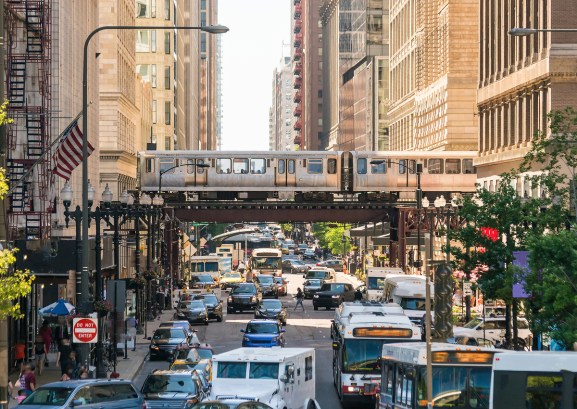 As an investment leader in Chicago, I get asked about startup trends on a regular basis. Most often the question I’m asked is, “What is the strongest startup sector in Chicago?”

It’s a hard question because one of Chicago’s core advantages nationally is that we are consistently strong everywhere (except when it comes to finding a franchise quarterback for the Chicago Bears).

However, what truly stands apart is our performance in marketplace platforms — services that facilitate transactions between buyers and sellers. A combination of factors, including experienced leaders and an influx of capital from previous successes, are driving a virtuous cycle. This is especially relevant given the gig economy that marketplaces employees 34 percent of the nation’s workers and retail marketplaces like Amazon and Alibaba have grown over 50 percent annually.

The foundations for today’s marketplace platforms

The wave of marketplace platforms we’re seeing now owes a real credit to Groupon and OpenTable.

Groupon was one of the highest valued venture-backed companies of all time, going public after five years with a valuation of $12.65 billion. Groupon also created a marketplace that reached global proportions rapidly.

The company’s legacy still pays dividends for Chicago today. Brad Keywell and Eric Lefkofsky, serial entrepreneurs and investors who proved instrumental in Groupon’s rise, have founded a host of companies that have bolstered the city’s tech sector, including Echo Global Logistics, Mediaocean, Uptake, and Tempus. They are also the investors powering Lightbank, one of Chicago’s flagship venture capital firms

Like Groupon, OpenTable set an industry standard in marketplaces, creating the first widely adopted solutions for restaurant reservations and consumers in 1998. After going public in 2009 and being acquired by The Priceline Group in 2014 for $2.6 billion, OpenTable remains a major force in the industry today.

More recent successes like GrubHub, Avant, and Raise are leaders in their spaces, generating major upside for investors and quickly capturing market share. Specifically, GrubHub went public for $2 billion in 2014, Avant reached a $2 billion valuation in two years, and Raise closed a $60 million series C round in 2017.

Emerging players like ShopRunner and Built In, along with companies my firm invested in like Truss, PartySlate, and LandscapeHub, signal the next wave of opportunity in marketplaces in Chicago.

Now the marketplace sector in Chicago has become established enough that both experienced tech executives in other sectors and the founders of successful marketplace startups are eager to lead emerging companies.

In 2016, ShopRunner recruited Sam Yagan, a former executive at the MatchGroup, to become CEO. Matt Moog, who founded one of the first Chicago marketplaces, Cool Savings, returned to the marketplace model with cofounder Maria Katris through Built In, which matches talent with tech company job opportunities. As Katris focuses on leading Built In’s growth, Moog serves as CEO of product ratings platform PowerReviews.

Despite all this success, marketplaces are undoubtedly tough to get started. In a two-sided model, which side must come first: the suppliers or the customers? Once these marketplaces are established, however, they are disruptive, add value on both sides, and allow for rapid expansion across markets, including international ones.

Part of this ease of expansion comes from the strong economic models that often come with marketplaces. These have easy-to-understand unit economics once the marketplaces come together and allows for a clear cut-and-paste replication in most cases across geographies. The other advantage of this model is the opportunity for vitality once traction is established because the customers become top referrers.

Overall, marketplaces are not easy businesses to build, but in Chicago, the path has been paved. I expect to see success continue to breed more success.

Pete Wilkins is a serial entrepreneur and head of one of the top early-stage investment groups in the country, Hyde Park Angels, which focuses on leading the market with a people-first approach. Prior to HPA, Wilkins successfully founded, built, and turned around companies in multiple industries. He is an active advisor to many entrepreneurs, serves on several boards, and frequently speaks about entrepreneurship and venture capital.