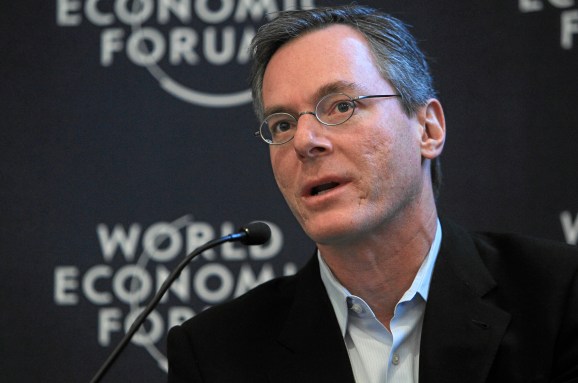 The Jacobs’ family semiconductor business, otherwise known as Qualcomm, has been battered by market forces in recent years and is now trying to fight a hostile takeover bid by Broadcom. While it remains to be seen whether Qualcomm will survive as an independent business, it seems the founder’s scion will no longer have a hand in steering its fate.

Today, Qualcomm announced that Dr. Paul Jacobs had been removed as executive chair of the company his father cofounded in 1985, though he will remain on the board. The company hinted that the move was in part an effort ensure that its handling of Broadcom’s unwanted overtures is above reproach.

The board named Jeffrey W. Henderson to serve as an independent and non-executive chair. What remains to be seen is how this move may or may not shift Qualcomm’s posture toward Broadcom.

“The board is committed to the principles of strong corporate governance and believes that having an independent director as chairman at this important juncture in Qualcomm’s history is in the best interest of the company and our stockholders,” said Tom Horton, Qualcomm’s lead director, in a statement. “We are focused on maximizing stockholder value and will consider all options to achieve that objective as we seek to move Qualcomm forward by closing the acquisition of NXP, strengthening our licensing business, and capitalizing on the enormous 5G opportunity before us.”

Broadcom’s effort to seize control of Qualcomm has become one of tech’s highest-stakes stories in recent months. Broadcom announced its unsolicited bid for Qualcomm last November and has since increased that initial overture to $121 billion. The offer is stalled at the moment, having been rejected by Qualcomm’s board at least twice, and is facing a national security review in the U.S.

Qualcomm, once a leader in chips for the mobile industry, had suffered through several rough years. But its expertise in developing technology for the next-generation 5G networks has made it a prized target for Broadcom. The latter has even announced plans to relocate its headquarters from Singapore to the U.S., in part to ease fears over a foreign company taking control of such critical technology.

Whatever happens, the result will likely include a bitter twist for Jacobs.

His father Irwin cofounded the company that would become Qualcomm to develop technology to help track long-haul trucking. In the 1990s, that evolved into chips for networks and phones that became the basis of the emerging mobile phone industry.

Paul Jacobs would later follow in his father’s footsteps at the company, starting his first job there in 1990 and serving as CEO from July 2005 to March 2014. He has since served as executive chair, a role where he no longer oversaw operations but continued to focus on strategy and emerging technologies.

“On behalf of the entire board, I want to thank Paul for his tireless dedication to Qualcomm over many years,” Horton said in his statement. “Paul is a technology visionary whose ideas and inventions have contributed significantly to the growth of both the company and the industry. Paul has led the development of generations of semiconductors that have fueled smart phones and the worldwide wireless revolution of the past 30 years. His deep expertise, coupled with a focus on innovation, have made Qualcomm a leader in critical technologies and positioned us at the forefront of the industry.”

While it’s unclear how much Jacobs’ personal history with the company may have affected Qualcomm’s stance toward Broadcom, the board clearly felt it needed to avoid any suggestion that it is putting emotions ahead of business.