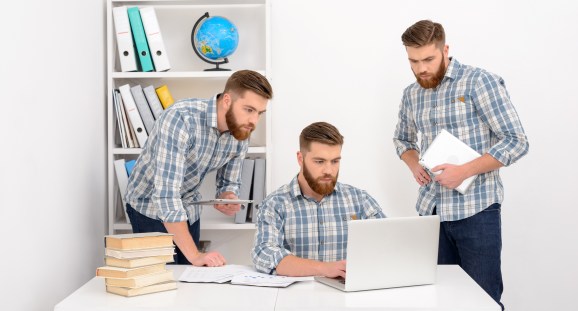 I just read Brotopia: Breaking Up the Boys’ Club of Silicon Valley. It was both eye-opening and cringe-worthy. The book explores the role of gender in the tech industry – at startups and venture capital firms – and the interaction between men and women in the two. While Silicon Valley has grown to have global influence, in many ways the cultural leadership from the venture community has dramatically shrunk in the last decade. Chasing deal flow has resulted in many VCs leading the race to the bottom in startup ethical behavior.

Among other things the book reminded me how important leadership is in setting startup culture – both consciously and implicitly.

Here was the day I got that lesson:

With the reckless and naïve abandon of founders who had no clue what they were about to tackle, we had just started Ardent, a supercomputer company. Ben Wegbreit, the VP of Engineering (one of my mentors and then co-founder of Epiphany), broke his foot skiing just as the company started. So every day Ben hobbled into our very small office nattily dressed in his suit but wearing sneakers over his cast. (Yes, in the dim past of Silicon Valley the execs really wore suits.)

At first the company just consisted of the founders, but Ben soon started to hire his engineering team. Since this was the pre-Hoodie era, they interviewed in various types of then engineering attire – most with jeans, some with khakis, etc. (And back then they were all men.) But as each engineer was hired and started work I began to notice that after a few days they started to wear suits… wait for it… with sneakers. Obviously, this was a pretty bizarre fashion statement – and no one had sent out a memo announcing this as the engineering dress code. After six weeks of furious staffing and recruiting Ben had a team of 10 or so engineers and I have vivid memories of all of them trying to look like Ben.

Yet Ben was oblivious to the suit-and-sneaker clone army he had created.

With my now decades of hindsight, I realize I should have just let the engineers know that Ben had broken his foot and there was no attempt at sartorial innovation. But I remember just being mesmerized by this lesson in implicit leadership unfolding before me.

I knew that the cast was going to come off, and Ben would show up one day wearing regular shoes. What I didn’t know was what would happen to the engineering dress code then– would they all then adopt suits and shoes? Drop the suits all together? Keep their suit and sneaker style?

And how long would the change in engineering dress take? The next day? A week?

And then it happened. Ben showed up wearing a suit and … shoes.

I’m sure engineering productivity took a big hit that week as cognitive dissonance set in.  Some of the engineers literally went home at lunch and changed – some into shoes, some dropping the whole suit.  Most started wearing regular shoes the next day, and by the second day no one was wearing sneakers.

Decades later Mark Zuckerberg would run the experiment at scale.

[This story originally appeared on the author’s own site.]