This takes Sift Science’s total funding to the $107 million mark. Previous investors include Reddit’s Alexis Ohanian, Salesforce’s Marc Benioff, PayPal cofounder Max Levchin, and Andreessen Horowitz. With another $53 million in the bank, the company said it plans to grow its fraud detection and prevention product globally. 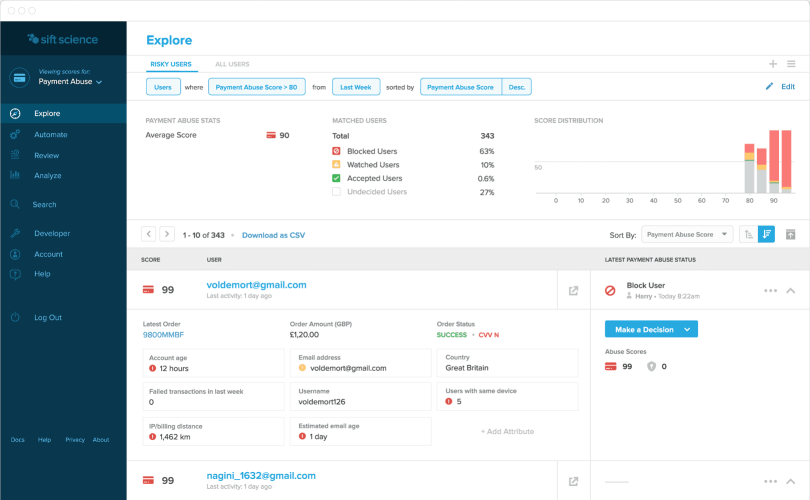 The company counts some notable clients across a range of sectors, including Twitter, Airbnb, Twilio, Instacart, Zillow, and Yelp.

“Companies have always had to choose between protecting and growing their business,” noted Sift Science CEO and cofounder Jason Tan. “With Sift Science, they no longer need to make this tradeoff — they can reduce risk while also improving customer experiences.”

Fraud detection is big business, with some estimating that the industry will become a $43 billion market by 2023. This is reflected in the number of investments we’ve seen in the space lately, with machine learning playing a core role. Last month, for example, Sequoia China led a $40 million round in Mountain View-based DataVisor, which also develops fraud detection software based on machine learning algorithms, while Palo Alto-based Simility nabbed $17.5 million from Accel and PayPal, among others.