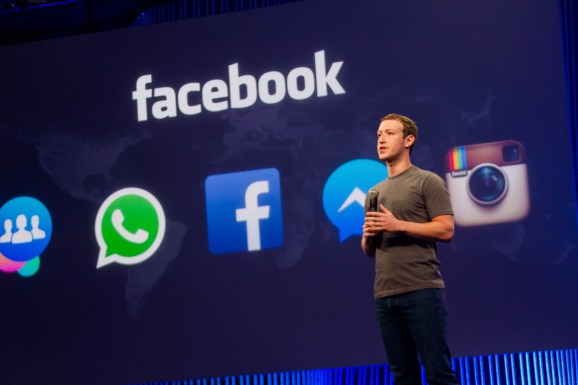 Mark Zuckerberg has ignored calls to appear before a U.K. Parliament Committee for questioning over the Cambridge Analytica data harvesting scandal.

The Facebook cofounder and CEO will instead send either chief technology officer Mike Schroepfer or chief product officer Chris Cox.

Facebook has faced a turbulent 10 days since investigations by U.K. newspaper the Observer and the New York Times detailed how data-mining firm Cambridge Analytica had acquired Facebook profile data of 50 million people to allegedly influence the outcomes of political campaigns.

Zuckerberg was personally summoned by the U.K. House of Commons’ Digital, Culture, Media, and Sport (DCMS) Committee to provide evidence. And he later put his name to a public apology in U.K. newspaper advertisements.

“Following material published in the UK Guardian and the New York Times over the past few days, the Committee would like to request that you appear before us to give oral evidence,” said MP Damian Collins at the time. “Your officials’ answers have consistently understated this risk, and have been misleading to the Committee. It is now time to hear from a senior Facebook executive with the sufficient authority to give an accurate account of this catastrophic failure of process.”

That Zuckerberg has spurned the U.K.’s request to appear in person should not come as a major surprise. In an interview with Wired last week, Zuckerberg said that if he were the best person to testify before Congress in the U.S. he would, but he added that this scenario was unlikely.

“… If it is ever the case that I am the most-informed person at Facebook in the best position to testify, I will happily do that,” Zuckerberg said. “But the reason why we haven’t done that so far is because there are people at the company whose full jobs are to deal with legal compliance or some of these different things, and they’re just fundamentally more in the details on those things. So as long as it’s a substantive testimony where what folks are trying to get is as much content as possible, I’m not sure when I’ll be the right person.”

Fast-forward six days, and it’s clearer than ever that Zuckerberg has no intention of putting himself in the hot seat.

“Facebook fully recognizes the level of public and Parliamentary interest in these issues and supports your belief that these issues must be addressed at the most senior levels of the company by those in an authoritative position,” Facebook’s head of U.K. public policy, Rebecca Stimson, said in a statement. “As such, Mr Zuckerberg has personally asked one of his deputies to make themselves available to give evidence in person to the Committee.”

One of those deputies will be either Schroepfer or Cox. Collins has since reiterated his desire for Zuckerberg to make himself available for questioning, even if it is by video link.

Zuckerberg may have a tougher time avoiding testifying in the U.S., where he lives and Facebook is headquartered. Just yesterday, the U.S. Federal Trade Commission (FTC) confirmed reports that it was conducting an investigation into Facebook over data privacy concerns. This may also relate to whether Facebook has violated a 2011 consent decree that stipulated the company must ensure it provides “clear and prominent notice” to its users that their data is being shared with third parties.