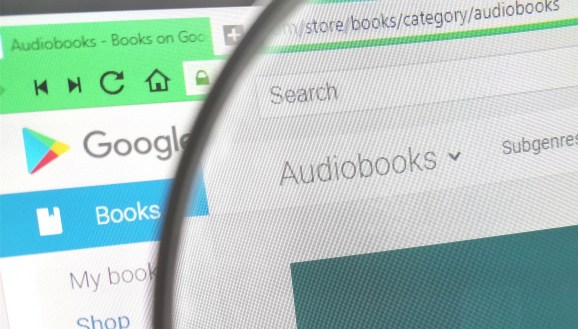 Google is introducing the first major update to the audiobook service it launched two months ago.

The internet giant arrived late on the audiobook scene in January with a service that lets bookworms get audio versions of their favorite reads directly through the Google Play Books app on Android, iOS, and the web. Today, the company has five fresh updates to add to the mix.

First up, readers will now be able to save the best bits of their audiobooks to a new bookmark section. So if there’s a particular quotable notable that you like, you can now hit the bookmark button and come back to it later.

But arguably a more popular update will be the “smart resume” feature. If you have to pause your book to deal with something unexpectedly, you can end up losing focus and forgetting what was going on in the story — with smart resume, the audio will rewind to the beginning of the previous word or sentence.

At the initial January launch, Google Play’s audiobooks let you speed things up by as much as double so you could get through a book more quickly. Now you will be able to expedite playback by 3 times, as well as slowing things down by 0.5 times if you want more time to dwell on the words.

Last month, Google announced a new feature for its voice-controlled Google Assistant. Called “routines,” it essentially lets you pre-configure multiple actions under a single voice command. For example, you could stipulate that “Hey Google, I’m home” turns on your music and activates the lights. Now you’ll be able to add audiobooks to a daily routine so that your book automatically starts once you’ve gotten into your car and after Google Maps has been actioned by your “Hey Google, tell me about my day” command.

The final piece of Google’s audiobook update relates to the Family Library, which allows you to share some content you’ve purchased through Google Play with up to five other people. The service launched in 12 markets initially back in 2016 and was expanded to another nine markets last year. Today, Google is opening up Family Library to a further 13 markets, applying the feature to both audiobooks and standard ebooks in most of the new markets. These are Belgium, Germany, Italy, Netherlands, Norway, Poland, Russia, Spain, Switzerland, Chile, Mexico, Japan (audiobooks only), and South Africa.

One glaring omission from Google’s audiobook offering is the ability to synchronize content between audiobooks and ebooks. This means that you can’t easily switch between reading and listening to the same book. Amazon does offer this mix and match feature through its Kindle and Audible digital book empire.

Google’s new audiobook features will be landing from today on Android, iOS, and Google Assistant.