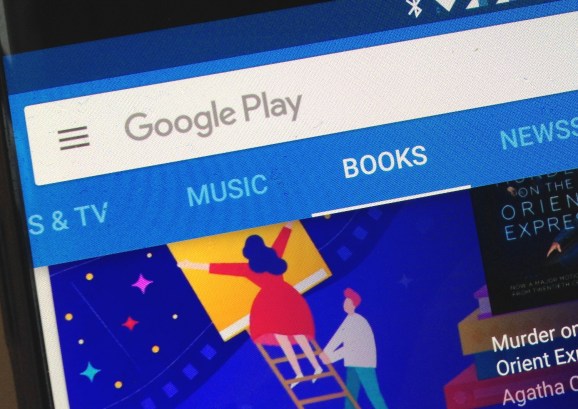 Ever since Google ditched Android Market in 2012 and brought all its digital media content into a single marketplace, Google Play has emerged as the go-to place for apps, movies, TV shows, magazines, music, games, and books. But there has been one conspicuous content omission in Google’s arsenal of entertainment: audiobooks.

That changes today. It seems Google prematurely revealed plans for the audiobook realm last week, but now the company has officially announced that it’s launching audiobooks in 45 markets and nine languages.

It’s worth noting here that Google Play Books already offers a “read aloud” feature that taps Android’s text-to-speech engine to make written books more accessible. However, it sports a computer-generated voice rather than the dulcet tones of a professional narrator. Some audiobooks have also crept into Google Play Music’s library, but they’re not exactly easy to find.

With official support for audiobooks, Google is going up against the mighty Amazon, which has offered audio alternatives to written books since it acquired Audible almost exactly 10 years ago.

Just as podcasting has been going from strength to strength in recent years, audiobooks have been growing in popularity, with the Audio Publishers Association reporting 20 percent growth in U.S. audiobook sales in 2016. The bottom line is that reading books is a time-consuming activity, but with audiobooks you can multitask, whether you’re driving to work, painting your house, or cooking dinner.

“‘Read more’ — every year it’s one of the more popular New Year’s resolutions,” noted Greg Hartrell, head of product management at Google Play Books. “But with all the time spent battling traffic, working out, or picking up groceries, there often doesn’t seem to be a minute to simply sit down with a book.”

Google will make audiobooks available through the Google Play Books app on Android, iOS, and the Web, and the app will also be supported by Chromecast and Android Wear. With digital assistant-powered smart speakers growing in popularity, and Christmas serving as a key sales driver, Google will also be making audiobooks available on devices with Google Assistant, including Google Home and third-party devices, and the feature will soon be landing on Google Assistant on Android Auto in the U.S.

This means you can ask your digital assistant to read one of your audiobooks without lifting a finger.

Read it and weep

Google’s audiobook rollout has been a long time coming, and it will be interesting to see if it can capture mindshare from more established incumbents, such as the mighty Amazon.

Amazon has offered integration with Alexa and smart speakers for some time already, and the ecommerce giant holds one more trump card over Google in the audiobook sphere. Amazon, of course, has dedicated ereader devices that are designed to mimic traditional books, and through this vehicle the company can offer seamless integrations with audiobooks and ebooks, meaning readers can easily switch between reading and listening to the same book.

For those seeking audiobooks only, and who are already invested in the Google Play ecosystem, today’s news will certainly be welcome. But for serious bookworms who like to mix reading with listening, Amazon’s digital book offering may still be more appealing.