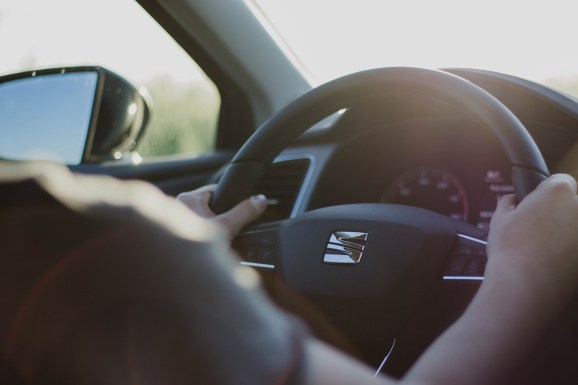 Road traffic accidents are a global issue, and the size of the problem is immense. According to the World Health Organization’s Global Status Report on Road Safety, 1.2 million people die on the roads every year, and 50 million are injured. Approximately 90 percent of all accidents can be attributed to low-income and middle-income countries.

However, in the United States, which had more than 220 million registered drivers in 2016 and 2.4 million traffic-related injuries, the majority of drivers aren’t involved in incidents or accidents. A minority of drivers increases costs and premiums for those who take care.

Today, Kasko2Go, a decentralized car insurance app, has announced the launch of its safe driver community. The idea is a simple one: Reward safe drivers with reduced premiums, so that the right behavior is rewarded. That, in turn, incentivizes good driving in the first place. And then back that community up with technology that helps make the solution fraud-free.

Kasko2Go’s approach isn’t based solely on building a community of safe drivers — it monitors drivers and uses the collected data to determine how good a driver they are.

“It is based on a massive amount of data, which is accumulated from every driver,” Genadi Man, CEO of Kasko2Go, told me. “That includes telematics, navigation, and big data technologies (that) enable precise profiling of insured clients based on driving quality, style, weather, road conditions, vehicle conditions, location, and the driver’s social conformity.”

But Kasko2Go isn’t just rewarding good drivers with lower premiums. It is also helping to keep costs low by attacking the other leading cause of increased premiums — fraud.

A 2017 secret investigation the insurance company Aviva conducted in Ontario, Canada showed that nine out of 10 body shop claims involved were fraudulent. Repair costs were hiked, additional damage was caused by the body shops to claim higher-than-needed reimbursements, and second-hand parts were used but billed as new.

Last month, Kasko2Go announced it is using Israeli military-grade technology to help eradicate fraud, from the point of the incident all the way through to the repair process. That helps all its users keep costs low. But today’s announcement takes that a level further, reflecting recent calls for a change in the way car insurance is delivered to consumers.

By combining driver safety measurement and fraud prevention, and by recording everything in a decentralized, distributed ledger technology, Kasko2Go is hoping to disrupt an industry that has traditionally been unable, or unwilling, to disclose how it calculates premiums.

“Decentralization of insurance will be significant in the future,” Man said. “Traditionally considered competitors will have no reason not to use our technology for their customers. Our solution will be available for every insurance company, using decentralization and distributed ledger technology.”

By scoring individual drivers, rather than pricing insurance based on broad demographics, the company hopes to avoid any safe driver having to pay extra due to a reckless one. This is where the apps telematics system comes into play. By learning the driving habits of each user, the company claims it can ensure fair pricing that is personalized.

And a community of safe drivers should motivate other users to change their behavior to achieve similar cost benefits. Kasko2Go is, effectively, gamifying the driving experience via an incentive scheme. From the insurer’s perspective, the benefits include loss reduction, portfolio increase, and more accurate underwriting.

“Kasko2go insurance is more profitable because the scoring system allows us to get to know our customer and their driving culture,” Man said. “Every driver is interested in safe driving, so Kasko2go creates a community of safe drivers. Safety on the roads is the best profit.”

Kasko2Go’s safe driving community is available in-app from today and combines with its existing anti-fraud technology, distributed ledger, and telematics. The app is available for both iOS and Android.