While Mark Zuckerberg has been away in Washington, D.C. last week testifying about data misuse and cybersecurity, we can only assume that his personal robot assistant, Jarvis, has been helping run his household. Named after Iron Man’s infamous aide, Zuckerberg has boasted before that his Jarvis can play music, control household appliances, and even entertain the kids.

Jarvis learns from his human family — their voices, their musical preferences, their preferred temperatures, and environment. So, is this the best that Artificial Intelligence (AI) can achieve? AI leaders will tell you: no way.

Human imagination combined with artificial intelligence will drive innovation further and faster than ever before. As Google CEO, Sundar Pichai, recently said, “AI is more profound to humanity than fire or electricity.”

In order to discuss this further, thought leaders, enterprise executives, venture capitalists, and technologists will come together on May 4-5 at the Santa Clara Convention Center for the world’s largest conference for tech entrepreneurs, TiE Inflect 2018. 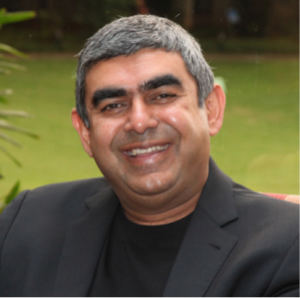 Vishal Sikka, AI thought leader, received his PhD under the guidance and mentorship of John McCarthy, long acknowledged as the father of artificial intelligence. In his keynote address at TiE Inflect, Sikka will address the complicated future of AI. This generation’s advantage in building artificial intelligence is in the staggering amount of data available to train machines to think, react, and make decisions more efficiently. It’s in the ability to read thousands of pages of legal jargon to suggest a plan of action or scanning complex health scans to determine risk and treatment. In essence, the future of AI is not just about recognizing obstacles in the way, à la the self driving car, but about removing the obstacles before they have a chance to form. The nuance of AI will see its impact in every field.

For example, Splunk is using AI to turn machine data into answers with the leading platform to tackle the toughest IT, IoT, and security challenges. Artificial intelligence is becoming the brain of an intelligent IT operations. 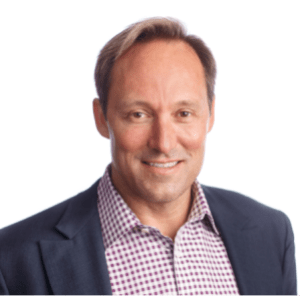 In his keynote address at TiE Inflect, Doug Merritt, CEO of Splunk, will discuss how artificial intelligence can enable you to use the power of machine learning to predict performance, prevent outages, automate incident response, and resolution workflows. It makes IT better so it can respond strategically to the challenges (and opportunities) of the digital era.

IT Operations is just one use case of how AI is impacting enterprise applications. Recent advances in AI technologies complemented by IoT and blockchain are expected to radically transform every industry including FinTech, MarTech, HealthTech, DevOps, AR/VR, Drones, cybersecurity, and more. However, there is still a huge knowledge gap required for democratizing the development and application of these technologies. With all the talk around blockchain and cryptocurrency, it’s hard to sometimes understand the details of the field.

With this in mind, TiE Inflect will make two new additions to its already successful Startup Bootcamp. This year, on May 3rd, prior to the main conference, there will also be bootcamps for Blockchain and AI/Machine Learning. These three all-day, cost-effective, comprehensive bootcamps are the best opportunities for technologists to learn in a matter of hours what others spend months trying to grasp. These bootcamps are taught by leading experts and practitioners in their respective fields, and are a great way for entrepreneurs, engineers, and developers to acquire key skills in a single day.

The main conference at Santa Clara Convention Center on May 4-5 will focus on developments and changes in AI, IoT, and Blockchain, and their impact on other industries. For example, how might blockchain affect FinTech? How will IoT change HealthTech? How will AI help MarTech become more targeted in its marketing campaigns? How will AI impact DevOps to enable the enterprises to deliver an exceptional end-user experience. An amazing lineup of speakers in these tracks are intended to educate, inspire, and engage attendees, which is why TiE Inflect (known previously as TiEcon) is consistently named as one of the best conferences for tech entrepreneurs.

Looking forward to seeing you at TiE Inflect 2018!
Anand Akela, is Marketing Chair of TiE Inflect and VP, Product Marketing at Tricentis.