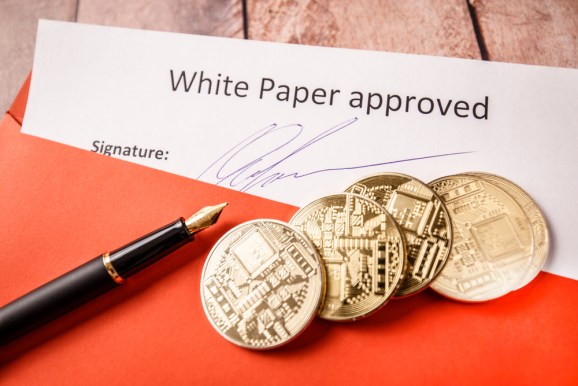 Eric Ly is on a mission.

A cofounder and former CTO of LinkedIn, Ly recently launched Hub, Human Trust Protocol to help strangers safely interact on the internet and build digital reputations based on their transaction history.

Today, Hub has announced ICOHub, a proof of concept reputation system for ICOs.

What does ICOHub do? It allows investors and interested parties to verify the teams conducting ICOs, which in turn helps identify which projects offer legitimacy and quality.

That’s important. While blockchain technology projects are undoubtedly exciting and potentially disruptive to every industry and business, ICOs and token generation events have been rife with scams and bad actors. Just this month, the cryptocurrency world was rocked by an alleged $658 million fraud in Vietnam, one which has sparked demonstrations and protests.

Every new incident erodes trust in the entire ecosystem, and while it would be wrong to suggest the majority of ICOs are dishonest, investors and partners are concerned and are looking for ways to reduce risk. While there are some solid guidelines available to help avoid scams, too many still slip through the cracks.

“The ICOHub project seeks to represent reputations not only of individuals but also of entities,” Ly told me. “The reputation of an entity might come from individuals but also past business dealings the entity has had, such as past financings, partnerships, and customers, that would increase their trust score. ICOHub will rely on a ‘web of trust’ from multiple data sources to determine trust scores.”

Those data sources include repositories that track individuals, as well as companies and organizations. That means bad actors trying to hide their identities are more likely to be found out.

“Individual founders may be working under assumed names, but in this case, their reputation will be close to non-existent and will add very little to … or [may] even subtract from an ICO project’s trust score,” Ly said.

ICO rating sites exist already, of course. But unlike the transparency offered by the blockchain’s distributed ledger, many of these sites are vague about their scoring methodology or how they attain data.

The ICOHub project aims to address these issues by remaining transparent and data-driven. Hub is designed to provide trust scores through an algorithmic approach, pulling data from reputable sources and putting the burden of proof on ICO teams to validate their claims through documentation and digital signatures. The system isn’t yet perfect, but Ly is working toward providing as much information for investors as possible, including ICO event reputation, not just the scores of individuals involved in the blockchain project.

“The ICO ecosystem is still in its early stages,” Ly said. “ICOHub will work with existing sources of high-quality data, which are often self-asserted. As we know, self-asserted claims can often be falsified and can only be trusted to a certain extent. Over time, however, more objective sources of data can be figured into a project’s reputation, such as the performance of the token on market exchanges.”

As part of Hub, Human Trust Protocol, ICOHub could be a useful weapon in the fight against ICO and token generation event scams. So where is the tool going in the future?

“Our vision is that billions of internet users will eventually migrate their reputation to a blockchain for all of its advantages,” Ly said. “They will be using a blockchain to create trustworthy relationships with one another online for all the activities online where trust is needed. The future of Hub is to be the ubiquitous ‘trust layer’ that people rely on, perhaps even without knowing it, similar to the way people rely on TCP/IP without knowing it. As for ICOHub, it is one of the first ways to demonstrate the value of the protocol to a small but growing community while gaining initial traction on the technology.”

Importantly, ICOHub is available to its users without charge.

“Users will be able to check on the reputation of various ICO projects,” Ly said. “They will be able to participate in assessing ICOs through a voting system initially. The emphasis will be on creating a high-quality source of reputation data about the ICO marketplace and increasing the trustworthiness around ICOs. The system will be free.”