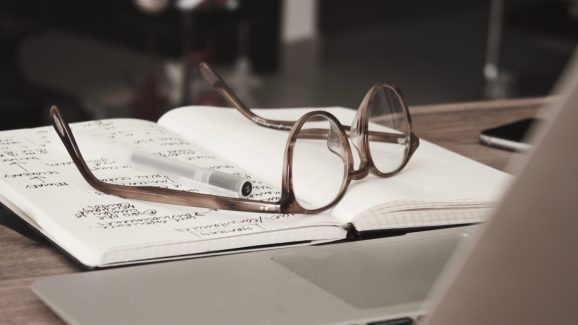 America is getting older. The Administration on Aging estimates that the segment of the United States population age 60 or older will increase to 22.2 percent in 2020. This change — driven by increased longevity and the demographic bulge of the baby boom — represents the biggest percentage point increase in the over-60 that America has ever seen. But what does this mean from an employment standpoint?

In the United States, a deep and youthful labor pool has been a differentiator for many years. In addition, there has been a real focus on ensuring we retain more jobs as well as incentivize companies to grow their workforce. Even with all those advantages, however, a deficit continues to build in attracting the next generation of talent.

A report from Manpower noted that automation will actually drive an expansion of the workforce, resetting the skill sets needed. Additionally, according to research by Daron Acemoglu and Pascual Restrepo from the Massachusetts Institute of Technology, since the early 1990s or 2000s — the horizon commonly viewed as the beginning of the adverse effects of aging in much of the advanced world — an aging population has not been correlated with lower GDP per capita. This counterintuitive finding might reflect the more rapid adoption of automation technologies in countries that are undergoing more pronounced demographic changes, the authors posited.

Particularly since the Industrial Revolution, technology has helped humanity move away from the production of life essentials to more ambitious projects like exploring Mars. Today, the promise of AI and automation raises new questions about the role of work in our lives. But as technology provides services and goods at ever-lower cost, humans will be compelled to discover new roles — roles that aren’t necessarily tied to how we conceive of work today.

A sneak peek into the future

The scale of robots’ impact, even with technology improvements racing along, suggests that robotics is a force to reckon with: an all-purpose technology that over time pervades the economy, spawns myriad new innovations, and elevates productivity for years, with major impacts on society. We’re not there yet, but evidence suggests that day is coming.

As to bots’ impact on employment, if the IT experience is any indicator, full adoption of a powerful technology such as software bots can pull repetitive tasks out of the workstream completely. We’re at a stage where humans and machines are just beginning to understand each other. Once these technologies evolve, humans will focus more and more on problem-solving issues versus maintaining status quo.

In short, as AI and robotic systems become more sophisticated and intelligent, work will hum alongside intelligent machines. For example, in 2020, a CEO won’t spend time analyzing multiple reports if artificial intelligence can draw conclusions more efficiently. Instead, they will likely spend more time coaching and building their team.

While many observers dread a drastic contraction in overall employment because of the advent of robot labor (and a related increase in social tensions), Forrester predicts a more nuanced future in which automation creates jobs to offset the human jobs it eliminates — one in which job transformation is the most compelling element. Yet an economy in which humans and robots work together will still represent a revolution, albeit not the one many fear.

Another key factor to keep in mind is that as the birthrate in many countries declines, the share of the working age population will shrink. To maintain today’s GDP, the aging workforce will need to be more productive than today, and they’ll need to improve at a faster rate than they have in the past. Even if productivity continued to improve at the same rate that it has throughout the past 50 years — during which the computer and the internet both became mainstream tools — it wouldn’t be enough of an improvement to sustain GDP. Automation technology is the answer here. According to a McKinsey analysis, that could raise global productivity by as much as 0.8 percent to 1.4 percent annually, but only if humans keep working as well.

Time for a revolution

Given the demographic trends globally, corporate workforces are anticipated to age significantly in the next few decades. For instance, the hyper-aging society in Japan is leading to significant changes in workforce availability, skills development, and talent shortages. To address these issues, Japanese businesses are already tapping into the benefits of automation and robotic technologies to encourage seniors to stay longer in the workforce and continue contributing to the economy. Since Japan cannot grow by expanding the size of its labor force overnight, these types of productivity gains will have to be the primary catalyst for maintaining economic momentum.

Today, there needs to be a revolution of all the elements that define the modern workforce. This could include reducing social stigma around the implementation of such technologies and encouraging a deeper understanding of how cognitive technologies help humans stay productive. Managing an aging workforce is one of the key socioeconomic trends of our times and a crucial issue for many of the world’s enterprises. It’s time to start approaching this issue from a new direction.

Mihir Shukla is the CEO of Automation Anywhere, a cognitive robotic process automation platform designed to automate any business process in the modern enterprise.