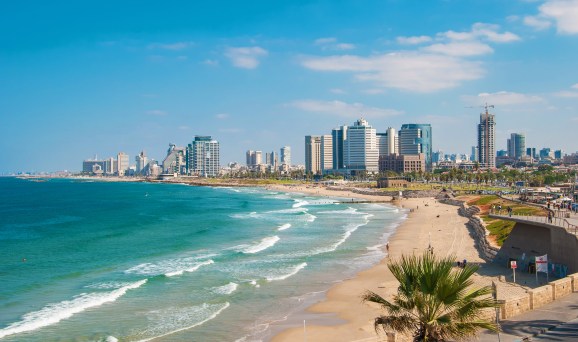 According to PitchBook, VC investors worldwide put more than $10.8 billion into AI and machine learning companies in 2017. Both VCs and large enterprises have focused on the technology.

It’s hard not to get caught up in the frenzy. Self-driving cars make for nice headlines, and so do stories about companies misusing AI to influence commerce (and even elections). These are the stories the general public, investors, and enterprises alike gravitate toward. Beyond “sexy” AI applications in robotics and medical imaging, there is a disproportionate focus, especially here in the U.S., on using AI to optimize digital processes in internet-based industries like marketing, commerce, and finance. Seventy-six of the companies listed on the 2018 CB Insights AI 100 are based in the U.S., and many of those are in those segments.

While these are worthy and important applications, few companies in the U.S. are using AI to solve problems in old-school industries with physical, heavy equipment that in some cases haven’t seen any innovation in decades. Investors and analysts are overlooking the impact that AI is having in “unsexy” infrastructure industries like mining and energy. One common trait of many of the startups solving complex problems in these less-than-glamorous industries is that they’re based in Israel.

Over the past 30 years, Israel has a proven track record of building deep technology from the ground up. As a country with no natural resources and a relatively small domestic market, Israel has had to build its entire infrastructure, from agriculture to energy, basically from scratch.

Israel is also globally recognized for its strong military and intelligence capabilities, another factor that contributes to the country’s software and hardware expertise. You can’t build an AI solution for industrial applications without understanding the hardware side as well, which is why the extensive hardware training that Israelis get in their mandatory military service prepares them to solve tough problems when they’re back in the civilian world.

This is why so many Industry 4.0 companies mine Israel for AI talent. Honda, Merck, and several other large enterprises have major R&D operations in Israel. Intel announced in February that it is investing $5 billion to expand its manufacturing facility there, less than a year after it bought Israeli autonomous vehicle company Mobileye for $15.3 billion. Even giants like GE, which helped usher in the Industry 4.0 era, are focused on acquiring top talent in Israel.

But it’s not just corporate behemoths going into Israel. A whole swath of startups coming out of Israel is bringing sophisticated AI tools to help modernize technologies that are ripe for disruption. Israeli entrepreneurs have founded some of the hottest cybersecurity and robotics companies, like CommonSense Robotics, which builds robotic fulfillment centers for grocery retailers (and just raised $20 million in new funding), and Augury, which uses AI to predict when machinery, like an elevator, is about to break.

The advantage is perhaps most evident in “behind the scenes” industries like mining and oil refining, which are critical to energy production around the globe and require substantial expertise to be conducted safely and efficiently. They are also historically slow to innovate since both require so much specialized equipment and expertise. But with the emergence of AI and machine learning, even cumbersome industries like these can harness their own data to streamline processes.

For example, industrial facilities have multiple elements that they must continuously inspect, including resources like inventory stockpiles and fuel tanks as well as intangible measurements like thermal temperature monitoring. Any of these variables can have a massive impact on a facility’s output, not to mention that many of these tasks are potentially hazardous to human employees. By providing the ability to perform these routine inspections remotely, Israel-based companies like Airobotics and Percepto can help facilities can dramatically reduce waste and inefficiencies — and keep their people out of potentially harmful situations.

It takes a certain amount of grit for an entrepreneur to not only access traditional industries like mining and energy, but also understand how they behave and figure out how to best integrate with legacy systems, while selling their AI solution to a customer who may not immediately understand why or how they need it.

It is a whole lot easier to build a bot or software solution and sell it to an internet company that will be more readily able to understand the value proposition of integrating AI with their product. But trying to do that with a utility company is super hard. How do you sell a solution to someone (or an entire industry) that is not already well-versed in AI?

As industries around the world become more autonomous, there will be an increased premium for talent that has solved these tough problems previously. AI is going to have some sort of role in nearly every conceivable industry, but the biggest opportunities to have meaningful societal impact will be in building infrastructure that performs at its best for generations to come. Israeli technologists are primed to solve these challenging, unsexy problems because they have done it before and are already making an impact in multiple sectors globally.