Elon Musk invested $100 million of his own money into The Boring Company for his hyperloop project. William Boeing started his aircraft manufacturing company because he didn’t want to wait for months to find replacement parts to fix broken planes. William Wrigley’s offer of free gum to customers who bought his baking powder ended up leading him to a juicy, fruity new business.

To someone just starting out, a successful entrepreneurial venture seems like it’s a faraway, unreachable dream. The questions are endless — how does the success come about? How do they think of the next great idea? What motivates and drives the accomplished founding teams? In 1992, TiE Silicon Valley (TiE SV) was founded to create a bridge between these two groups of people: those who wanted guidance and those who could offer it. Twenty-six years later, TiE Silicon Valley is proud that the organization’s mission of fostering entrepreneurship is still alive and well — particularly at its flagship conference, TiE Inflect (previously called TiEcon). 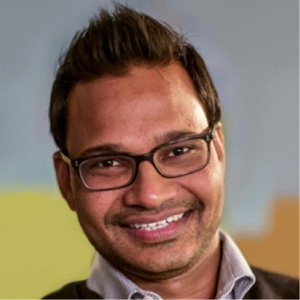 Take keynote speaker, Jyoti Bansal, for example. Jyoti is, first and foremost, a problem solver. Equipped with a prestigious engineering degree from the Indian Institute of Technology, Delhi, and a mind that naturally looks for the potholes, bottlenecks, and inefficiencies to address, he moved to the United States with a goal: figure out what problems to solve first, and start companies to answer them.

But it wasn’t that easy.

As most immigrants know, while the H1B visa allows those who enter this country to work at established companies, it does not provide the freedom to start your own. Jyoti waited seven years to get his EAD before he started AppDynamics, a company he eventually sold to Cisco for 3.7 billion dollars. Soon after, Jyoti immediately jumped back into square one of the entrepreneurial journey and co-founded another company, Harness. It’s easy to be impressed by Jyoti’s success as the CEO of two companies, but it’s his struggle and the journey that will educate and inspire TiE Inflect attendees.

And it doesn’t end with Jyoti. 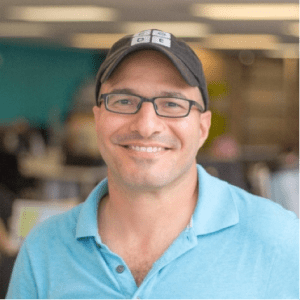 Hadi Partovi’s entrepreneurial success is a dream. He was an early investor and advisor for Facebook, Airbnb, Dropbox, and Uber. So why isn’t he permanently on a beach vacation? Because Hadi’s school didn’t have computer science classes growing up. Because he taught himself to code at home on a Commodore 64. Because he graduated with a master’s degree in computer science from Harvard, and knows what that education did for him. So now, Hadi serves as the CEO of Code.org, a non-profit committed to bringing computer science to underrepresented and minority communities. That’s the quintessential TiE journey — making it to the top against all odds, and building a ladder to bring others up. 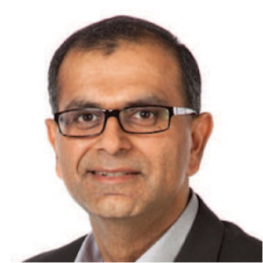 And it doesn’t end with Hadi.

In 2008, Tesla Motors delivered its first car, the Roadster. A sleek sports vehicle, the Roadster defied what anyone thought an electric car would be. Behind the scenes, however, Tesla’s future didn’t look so bright. Deepak Ahuja was brought onboard to serve as Chief Financial Officer from Ford, where he held the same post. Deepak was immediately faced with a daunting task: how to save a fledgling electric car company from bankruptcy. With the Model S and Model X now swerving through streets all over the world, we know he was successful. In fact, between 2008 and 2015, Tesla shares grew by nearly 975 percent under Deepak’s leadership.

Elon Musk is synonymous with Tesla Motors, but without leaders like Deepak Ahuja, it’s hard to know where Tesla might have gone. When Deepak left Ford, he wasn’t just leaving one job for another, he took a personal and professional risk by going to a company in an industry that doesn’t leave any room for newcomers. To put this in perspective, the last successful American car company to be launched was Chrysler nearly a 100 years ago.

Each of these TiE Inflect speakers has had a different journey to their success, as do the rest of the compelling leaders who will share their stories with us. TiE Inflect is a conference for entrepreneurs, by entrepreneurs. It’s about the inflection point in the lives of idea driven people that lead them to success.

Use discount code venturebeat to register today. Let’s figure out our own inflection point. Together.

See you at TiE Inflect!