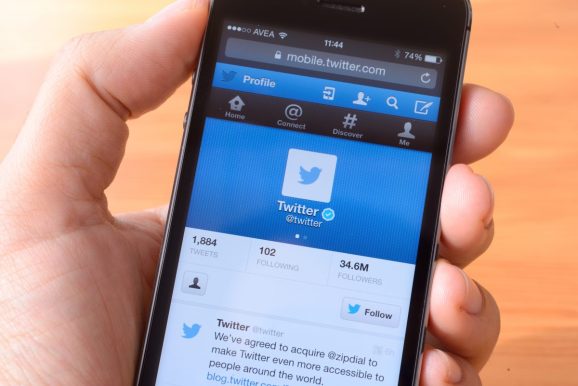 Twitter confirmed to British news outlet The Telegraph on Saturday that it sold Kogan — the creator of the app “This Is Your Digital Life” — and his firm, Global Science Research, one-day access in 2015 to data from Twitter’s API. Kogan told The Telegraph that he did not use the data in any way that violated Twitter’s policies.

Kogan and GSR had access to “a random sample of public tweets from a five-month period from December 2014 to April 2015,” according to a statement from Twitter provided to Bloomberg. Twitter said that Kogan and GSR did not have access to any private data.

Since the British news outlet The Guardian reported in mid-March that Cambridge Analytica improperly gained access to the personal data of up to 50 million Facebook users from Kogan, lawmakers in both the U.S. and the U.K. have been pushing Facebook for more details on what third parties the company knows of that may have improperly gained access to large amounts of user data. The number of users that Cambridge Analytica may have obtained data on was later revised to up to 87 million people by Facebook.

Anger over how Cambridge Analytica accessed the data prompted Facebook to announce that it would be auditing all apps that were given access to large amounts of data before the company made changes to the amount of data third-party apps could collect in 2014, as well as those that exhibited any “suspicious behavior.”

In an interview with Buzzfeed last week, Kogan said that he spent a week as a paid consultant to Facebook in November 2015, and gave several talks at the company’s Menlo Park campus in 2013. Facebook hired Kogan’s GSR cofounder, Joseph Chancellor, in late 2015, and according to Facebook’s website, Chancellor still works there.