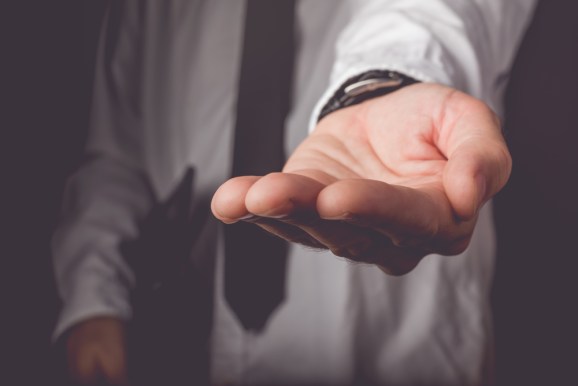 Many smaller companies can’t gain credit facilities until they’ve been around for several years, and they often need financial support earlier than that to help them grow and survive.

Blockchain and its associated smart contracts have arisen as a possible solution for small businesses that need to use credit to help expand their operations.

Today, Ripio Credit Network (RCN) — a global credit network based on cosigned smart contracts — has released an entirely new version of its NanoLoanEngine, the driving mechanism behind its protocol. The upgrade, which is called Basalt, includes significant improvements that will offer lenders and borrowers more flexibility. The company also claims that the new engine lowers costs.

Basalt changes how interest is applied to the network’s loans and eliminates nearly all maintenance fees associated with those transactions. At the same time, it improves the way the system deals with network congestion, maintaining uptime regardless of the amount of traffic. Significant changes to RCN’s Cosigner system offer additional options, such as the ability to select the terms of the loan.

The company received some buzz in 2016 when it reached the finals of TechCrunch Disrupt as BitPagos, before rebranding as RCN. Initially, it had the idea of using blockchain technology to offer unbanked parties the opportunity to pay for online goods without a credit card. Has that changed with the new engine?

“Ripio continues to provide credit using crypto and the rest of Bitcoin services available with Ripio,” managing director David Garcia told me. “We are also implementing the RCN protocol for its lending service.”

So why is it essential to use blockchain technology for peer-to-peer lending, rather than traditional lending platforms?

“Traditional lending platforms usually are limited by geography, and also there is a huge risk of centralized intermediation,” Garcia said. “Blockchain and smart contracts allow the creation of better lending conditions for borrower and lenders in a decentralized manner and with a global reach.”

One of the big issues for lenders is determining the creditworthiness of the borrower.

“Credit origination and default risk are handled by the Cosigner, an external agent that protects the lender from risk as insurance in exchange for a premium,” Garcia said. “Lenders get paid by the RCN smart contract and, in case of default, the cosigner will pay the lender and collect the debt from the borrower. Cosigners are financial institutions with the ability to predict defaults and also enforce debt collection from the borrower. Lenders profit on the interest charged on the loan.”

So what’s next for RCN?

“RCN will soon publish a new roadmap for its Basalt implementation of the protocol that will include collateralized loans,” Garcia said. “Also, RCN will announce a use case for loans using ERC721 tokens as collateral. This type of token became popular when Cryptokitties was launched — the cats are ERC721, and there is a huge new wave of non-fungible tokens coming up in the market.”

RCN is also looking to bring new services to the market using its network, engine, and protocol.

“Onramp and Offramp services are also on the horizon, helping make it easier for borrowers and lenders to pay and transact using several currencies, loan payments with installments, and other cool features,” Garcia said. “Regarding Ripio, we will continue to providing lending services as usual, and soon the company will be expanding to Mexico and Colombia.”