It was an arguably conservative year at F8, Facebook’s annual developer conference. No mind-reading tech this time, and no Alexa-style video chat device with facial recognition and voice control, but that’s not to say nothing important happened.

Oculus Go hit store shelves, and PyTorch 1.0, Facebook’s open source framework for deep learning, is due out in the coming months with deeper ONNX integration for better compatibility with other popular toolkits. Facebook also open-sourced its translation AI and its gameplay AI, which has already beaten formidable human Go players.

Facebook hit a few milestones: Its image recognition achieved nearly 86 percent accuracy on ImageNet with the help of billions of Instagram photos and hashtags. And the Messenger Platform now has 300,000 bots made by 200,000 developers.

Intent labeling for custom NLP is coming to Facebook pages, intelligent assistant M is beginning to translate conversations, and augmented reality experiences are coming to Instagram and Facebook Messenger bots.

The mood may have been subdued due to the roller coaster of bad news and broken trust in the past month, but a few unexpected announcements got me excited.

When I heard Facebook was getting into the dating business, I thought it was pretty smart — not just because the platform has 200 million users listed as single, but because Facebook decided to tie the service to groups and events in the real world. Many dating apps have tried and failed to connect dating with real-world events, but given its size and deep knowledge of all of our activities, Facebook might be better positioned to pull this off than any other company on the planet. Late last year, Tinder rolled out TinVec, a new AI tool for dating, but considering everything Facebook already knows about the world’s social life, it will be interesting to see the role AI plays in its coming dating service.

I was also captivated by the VR recreation of old memories from photos and videos stored away in the years’ worth of old Facebook albums.

It all seems to have greater potential when tied into the growing number of opportunities Facebook is creating for people to gather in the digital world, like group video chat (coming soon to WhatsApp and Instagram), Facebook Spaces, and the new Oculus Venues and Rooms apps.

Among the tech giants that have an assistant as a gateway to their AI services, each has its own key advantages. In the simplest terms, Google knows your search data, Microsoft knows your work life, Amazon knows your shopping habits, and Facebook knows your social habits.

We don’t yet know what a conversational AI assistant from Facebook, akin to Alexa or Siri, will sound like or what unique capabilities it may bring to the table based on your social graph.

Once it does come, it’s sure to bring up the same privacy concerns other voice assistants spark — but an assistant smart about my social graph could be a completely different animal than anything we’ve witnessed yet.

Facebook has made a lot of promises about its plans for the future in the past month, and I understand if you’re wary, particularly if you’re one of the more than 85 million whose data was improperly used.

A Portal video chat device originally planned for debut at F8 — but delayed due to privacy backlash from the Cambridge Analytica scandal —  is still on the way, and distribution could begin overseas, anonymous sources told CNBC.

This approach differs from that of many of Facebook’s Silicon Valley counterparts, which typically begin with an appeal to U.S. consumers, but if anything is clear about what we’ve collectively witnessed from the company in the past month, it’s that Facebook can more or less write its own rules.

As things get more personal, people will have to decide for themselves if they trust Facebook, and it seems many have already made up their minds. Despite an unprecedented few weeks of turmoil culminating in Zuckerberg’s testimony before Congress, there has been no mass exodus of users, advertisers, or investors.

AI has been placed at the center of everything Facebook does, from solving its biggest problems to powering the many products it launched this week. And if Facebook continues to make AI that is social, human-centric, and imaginative, it could produce some of the most captivating AI-powered experiences of the modern day.

For AI coverage, send news tips to khari@venturebeat.com and guest post submissions to Cosette Jarrett — and be sure to bookmark our AI Channel. 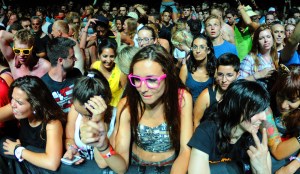 Ticketmaster has quietly revealed plans to use facial recognition technology in venues to facilitate admission to live shows and more. The rollout constitutes part of a trial that follows the ticketing giant’s investment in Blink Identity, an Austin, Texas-based startup that participated in the TechStars music accelerator program earlier this year. Ticketmaster’s plans were revealed as […] 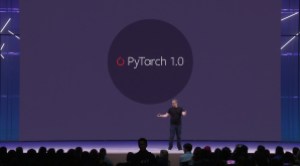 Facebook to release PyTorch 1.0 and open source AI tools for translation and gameplay

Facebook today announced it plans to open-source some of its AI tools, including Translate, which translates 48 languages, and ELF, which teaches machines reasoning through gameplay. Facebook’s AI now conducts more than 6 billion translations a day. An ELF bot has competed with some of the top Go players around the world in recent weeks […]

Workplace by Facebook today announced the introduction of integrations with more than 50 software-as-a-service (SaaS) offerings like Jira by Atlassian, Microsoft Sharepoint, Kronos for HR, and other solutions. Facebook first introduced Workplace and accompanying Work Chat applications for team chat and collaboration in October 2016. Since then, Workplace has been adopted by nearly 30,000 organizations, […] 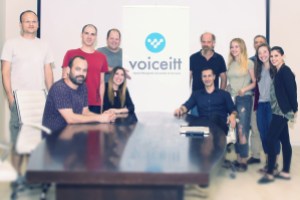 Innovate.AI, a Microsoft-led global competition for artificial intelligence (AI) startups, has officially come to a close — with three regional winners emerging from around the world. A fourth company has claimed the “AI for Good” prize. Microsoft Ventures, in partnership with Seattle-based Madrona Venture Group, London-based Notion Capital, and Vertex Ventures Israel, announced the $3.5 million […] 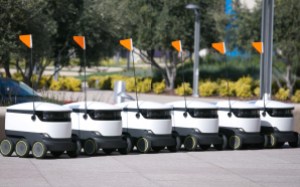 Starship Technologies, a robotics startup created by Skype’s cofounders, has launched a large-scale commercial autonomous delivery service aimed at corporate and academic campuses in Europe and the U.S. Founded out of Estonia, Starship Technologies has initiated myriad autonomous delivery trials over the past few years, covering food and other small packages, in more than 100 cities. Though […] 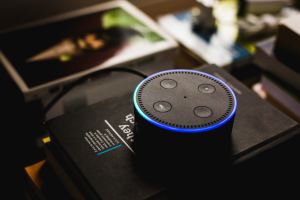 PwC: Lack of trust in AI assistants like Alexa could hinder adoption

Tech leaders like Microsoft CEO Satya Nadella argue that voice and conversational AI represent a new age of computing, but a survey and report released today by PricewaterhouseCoopers (PwC) found that poor understanding of what AI assistants can do and a general lack of trust could hamper growth of assistants like Alexa and […]

Revealed: how bookies use AI to keep gamblers hooked

Artificial intelligence is being used to predict behavior in ‘frightening new ways’ despite condemnation from MPs and campaigners. (via The Guardian)

AI can help cybersecurity — if it can fight through the hype

There are a ton of claims around AI and cybersecurity that don’t quite add up. Here’s what’s really going on. (via Wired)

Should the government regulate artificial intelligence?

Artificial intelligence brings tremendous opportunity for business and society. But it has also created fear that letting computers make decisions could cause serious problems that might need to be addressed sooner rather than later. (via Wall Street Journal)