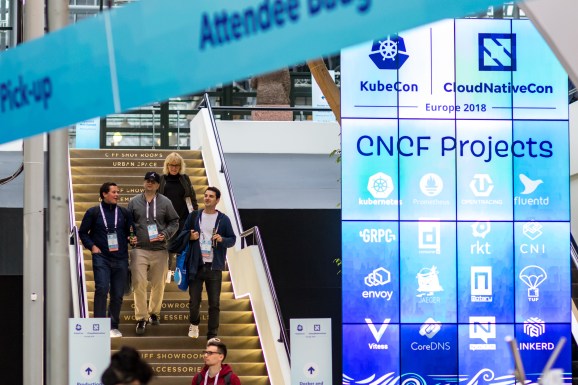 More than 4,300 developers gathered in Copenhagen this past week for KubeCon + CloudNativeCon Europe 2018, a conference focused on the use of Kubernetes, microservices, containers, and other open sourced tools for building applications for the web. Throughout the week, companies in attendance made a slew of announcements regarding new products and services for cloud native computing.

The following is a roundup of some of those announcements:

Google: A founding member of the Cloud Native Computing Foundation and the original creator of Kubernetes, Google made several announcements throughout the week. These included the beta release of Stackdriver Kubernetes Monitoring, the decision to open-source a container security tool called gVisor, and the creation of an open source sandbox for containers, dubbed Shentu.

LightStep: Released a new report that shows the growing wave of enthusiasm for microservices but also points to emerging challenges.

DigitalOcean: Said it is entering the market by launching a managed Kubernetes service.

Buoyant: The company behind Linkerd, the open source service mesh that has become one of the official projects of CNCF, announced that it now offers commercial support for Linkerd and has released Conduit 0.4.1.

Cloud 66: Announced the addition of two new features — Formations and Stencils — as well as a new open source project called Copper. The new products will be available as part of its container delivery pipeline Cloud 66 Skycap.

Bitnami: Announced that Kubeapps 1.0, a product designed to simplify management and deployment of Kubernetes applications, is now available. The company also announced Kubeless 1.0 to accelerate adoption of Kubernetes.

CNCF: Announced a new Certified Kubernetes Application Developer program and shared that the foundation now has more than 200 members.

Kubernetes: Announced the availability of Kubeflow 0.1, which provides a minimal set of packages to begin developing, training and deploying ML.