Two months after it was acquired by the mighty Amazon for a cool $1 billion, smart doorbell and security camera maker Ring has launched its first official product as an Amazon-owned company.

The new standalone Neighbors app, available for Android and iOS, builds on Ring’s existing Neighborhoods feature that’s available through the main Ring mobile app. By spinning out a dedicated Neighbors app, Ring hopes to create and harness a community akin to a neighborhood watch organization.

Through Neighbors, you can access local crime and safety information, view videos shared by Ring security camera owners, and share text-based messages as you would in a social network. 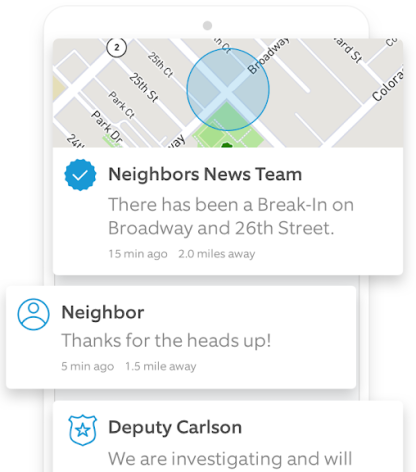 It’s not an entirely peer-driven community, however, as police departments and law enforcement services can sign up to Neighbors to share their own data through the platform. 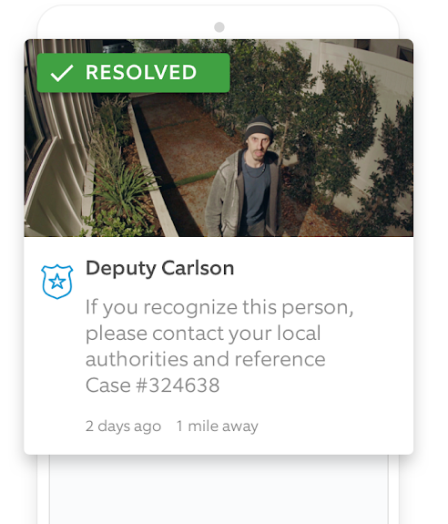 The battle for the smart home market is heating up, with home security playing a pivotal role. In October, San Francisco-based August Home was acquired by Swedish lock giant Assa Abloy — a company Amazon had reportedly looked at shortly before debuting its in-home delivery service Key and Cloud Cam. Amazon announced earlier this year that it was buying Ring, and then dropped the price of Ring cameras when the acquisition was closed in April. Google’s Nest is also working on an all-encompassing home security system.

To participate in Ring’s Neighbors community, you can join your neighborhood through the app and tailor the specific geographic area you want to be part of. Then you’ll can receive alerts from law enforcement and neighbors keeping you up to date on crime and safety in your locale.

Ring partnered with the L.A. Police Department way back in 2016 to install Ring video doorbells in 10 percent of homes in select neighborhoods. And the company has continued to view these kind of partnerships as integral to its community growth — if consumers see law enforcement actively engaging with a service such as Ring, they may be more inclined to choose Ring over a rival service.

“Over the past few years, we have learned that when neighbors, the Ring team, and law enforcement all work together, we can create safer communities,” said Ring founder Jamie Siminoff. “Neighbors is meant to facilitate real-time communication between these groups while maintaining neighbor privacy first and foremost. By bringing security to every neighbor with the free Neighbors app, communities can stay on top of crime and safety alerts as they happen.”