Huawei has announced the global launch of its next flagship Honor-branded mobile phone.

At a packed event in London, the Chinese technology giant officially unveiled the Honor 10, a smartphone that continues a recent trend of pitching the quality of the camera as the core selling point.

We actually knew much of what the Honor 10 offered already, given that it launched in China last month, but now it’s ready for prime time elsewhere in the world.

The Honor 10 comes almost a year after its Honor 9 predecessor, which received overwhelmingly positive reviews for its design quality and value. However, as with the Honor 9, the Honor 10 won’t be arriving in the U.S. anytime soon — it will be launching in Europe and Asia. A spokesperson confirmed to VentureBeat that the company will be announcing other new devices for the U.S. market later this year.

The sales pitch behind the Honor 10 is encapsulated by its slogan: “Beauty in AI.” 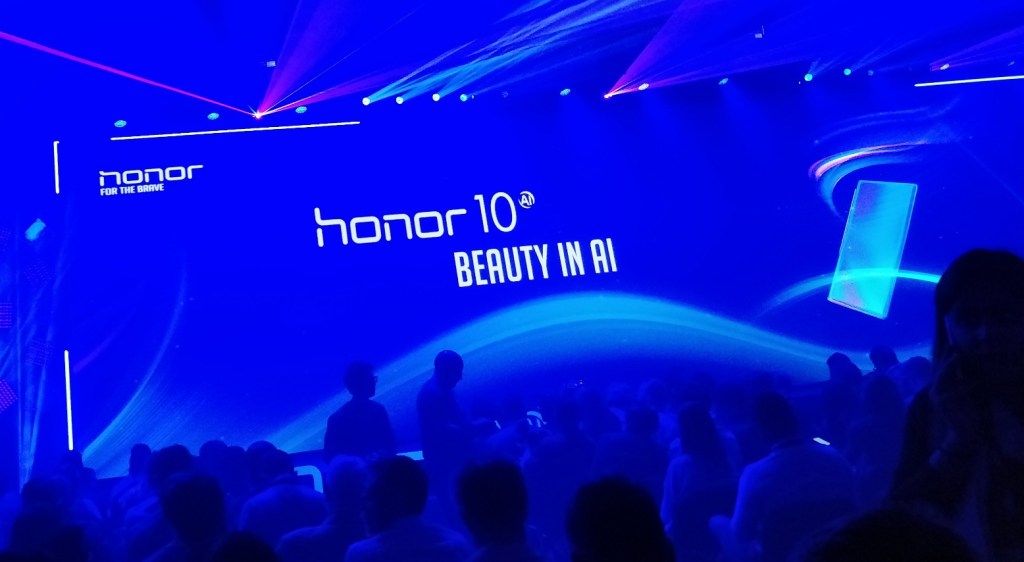 Above: Honor 10 launch event in London: “Beauty in AI”

Yes, just like the Huawei P20 that launched last month, the Honor 10 is promising to bring you beautiful photos powered by artificial intelligence. So much so that Honor has actually emblazoned “AI Camera” on the back of the phone. 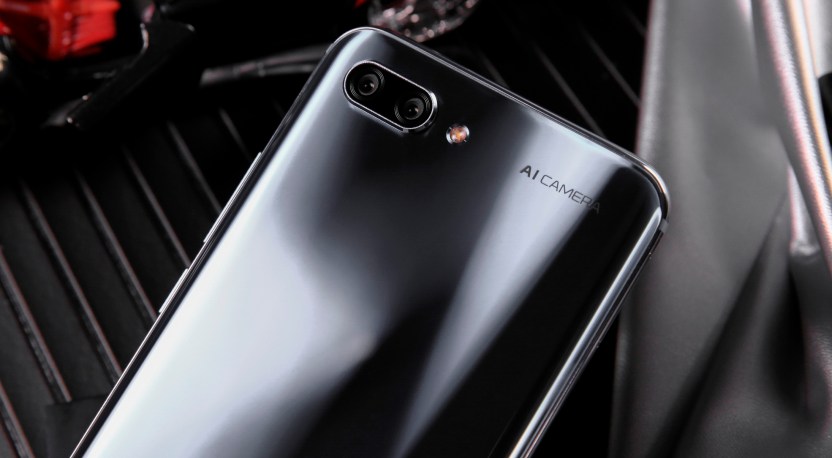 The device sports a 24MP + 16MP dual-lens camera on the back that Huawei claims can recognize more than 500 scenarios across 22 categories in real time. For example, it can establish outlines of objects and people to help it enhance the photos for clarity.

These “semantic image segmentation” smarts allow the Honor 10 to separate multiple objects in a single image to improve each element of the scene and make it appear as though it was taken by a professional (or a really good DSLR).

There is also a 24MP front-facing camera that will be the more important camera for many, given the seemingly insatiable desire for selfies. It also supports 3D face recognition and can optimize facial details to improve clarity, as well as offering various studio lighting effects.

Elsewhere, the device sports a glass body, 3,400 mAh battery, 5.84-inch full HD display, and 4GB RAM, and it comes in two storage variants of 64GB and 128GB. There is no microSD slot here, and it also follows the recent trend of using a “notch” at the top of the screen to maximize screen real estate. It ignores other trends, however — this phone has kept the headphone jack intact. But you get what you pay for. The Honor 10 will be compared to the Huawei P20 because of its focus on AI-infused camera technology, though they are ultimately different devices.

Essentially, the Honor 10 is pitched as an affordable option straddling the quality spectrum somewhere between a mid-range and high-end device.

Huawei has shoehorned AI technology into previous Honor smartphones, including the Honor Magic, which claimed to use AI to better respond to user interactions. And the recently announced Honor View10 also uses AI in the background. But by inscribing “AI Camera” on the phone itself the company is leaving no doubt as to how it wants its latest device to be perceived.

The Honor 10 will be available in four colors — blue, green, black, and grey — and goes on sale SIM-free online from today. The handset will also be available on plans via local carriers starting later this week.