Founded in 2013, Auth0 offers a platform that helps any third-party website or application securely verify users and enable them to log in and access their online accounts — with support for single sign on (SSO), multifactor authentication, passwordless logins, social logins, and more. Ultimately, it’s about sidestepping the arduous process of having to integrate with multiple identity providers — Auth0 promises to take care of it all.

The platform also offers features such as Rules, customizable code that allows developers and companies to stipulate exactly how people access a specific online system. For example, an enterprise may restrict logins to people who live in a certain region, or limit access to weekdays. 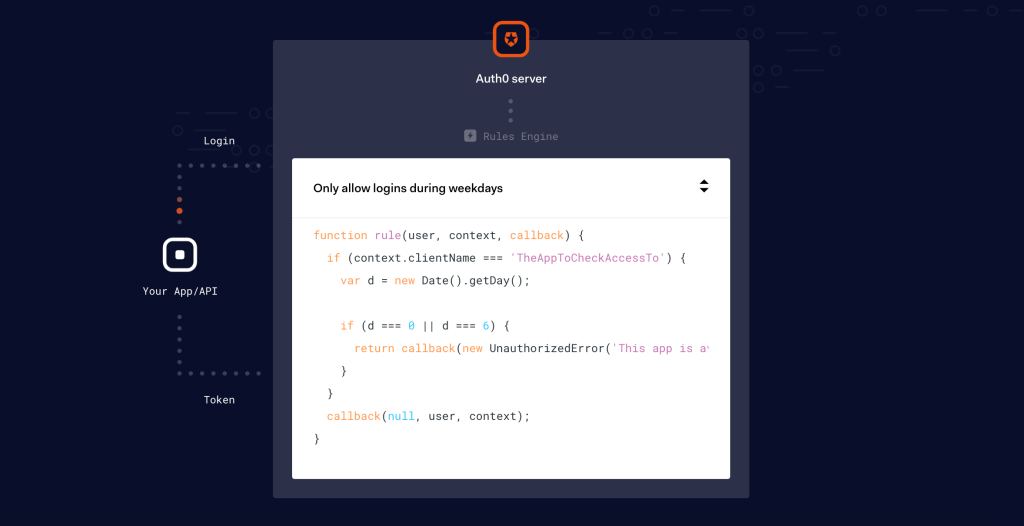 The Bellevue, Washington-based startup claims a number of high-profile clients, including Mozilla, Atlassian, Nvidia, VMware, AMD, and the Financial Times, and said that it authenticates more than 1.5 billion user logins each month.

Prior to now, Auth0 had raised around $54 million, and with double that under its belt the company now plans to drive its global expansion and build out its product roadmap.

“We are humbled by the support from our investors and emboldened in our mission to provide the most extensible, powerful, and easy-to-use identity management solution available,” said Auth0 CEO and cofounder Eugenio Pace.

Nabbing Sapphire Ventures as a lead first-time investor is a notable coup for Auth0, given that Sapphire’s portfolio includes myriad other developer-focused platforms, such as Apigee, the API management provider acquired by Google a couple of years back. Sapphire has also backed telco developer platform Aepona, which was acquired by Intel in 2013; MuleSoft, which went public last year before being snapped up by Salesforce a few months ago; and Alfresco, which was bought by THL Partners in February.

“Our goal is to identify companies that demonstrate consistent high growth in an industry that has incredible market potential,” added Sapphire Ventures partner Anders Ranum. “Between the outstanding leadership of the company and their disruptive technology offering, Auth0 offers that unique combination and then some.”

There has been a lot of activity in the identity management realm over the past year — Gigya, for example, was acquired by SAP, while Okta, which had raised around $230 million in funding since its inception in 2009, went public on the Nasdaq. Its shares are riding on the crest of a wave, currently sitting at around 300 percent over its $17 IPO price.

It seems Auth0 has fertile soil in which to flourish.