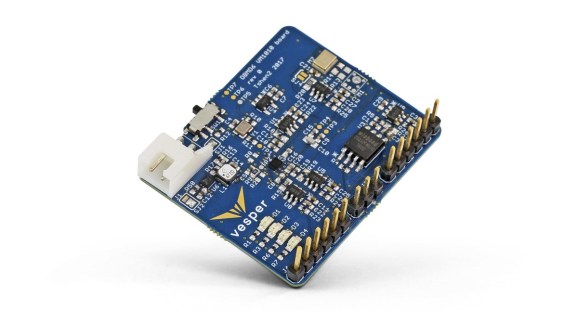 Vesper today announced it has raised $23 million in a funding round led by American Family Ventures with participation from strategic investors like Baidu, Amazon’s Alexa Fund, and Bose Ventures.

This is the Alexa Fund’s second round of investment in Vesper. The $200 million Alexa Fund has invested in a variety of voice AI startups. Google announced the launch of its own investment fund to support the creation of a voice AI ecosystem earlier this month.

Vesper will use the new round of funding to expand production of its micro-electro mechanical systems (MEMS) microphones, often used in smart speakers, IoT devices, and connected devices. The money will also be used for research and development, hiring new employees, and to open sales offices in China and South Korea.

“Vesper has become further embedded in the Alexa community through its integrations with various development kits and integrated solutions for Amazon AVS, and this follow-on investment is a testament to their continued momentum,” Alexa Fund director Paul Bernard said in a statement shared with VentureBeat.

A new high dynamic range microphone will also be released later this year.

“This will enable the next generation of smart speakers to come out with extremely loud, high quality sound, but that sound will allow the voice interface to work normally,” Crowley said.

Vesper, based in Boston, currently has 27 employees and plans to hire an additional 15 with the new round of funding.

Vesper was established in 2014 and has raised $40 million to date, a company spokesperson told VentureBeat in a phone interview.