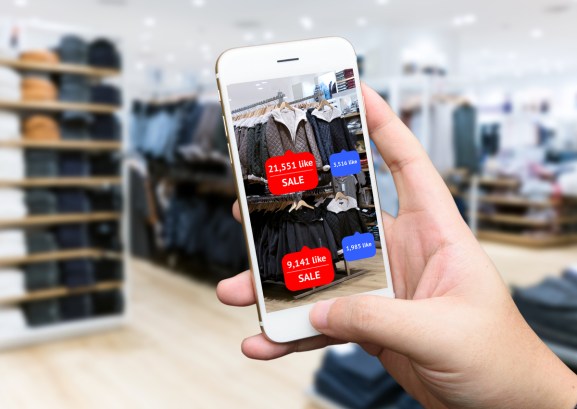 In an indication of an ever-growing demand that shows no sign of abating, investments in the augmented reality (AR) and virtual reality (VR) market rose to a record level in 2017. The volume exceeded $3 billion, up from $2.3 billion in 2016 which was already a more than three-fold increase from a year earlier, according to one report.

The figures by U.S. AR/VR advisory firm Digi-Capital reflect the momentum building up in the commercialization of AR and VR. No large corporation has remained that is not putting emphasis in the space — both as a manufacturer and as consumer —  with many Fortune 500 enterprises trialing various AR projects.

BofA Merrill Lynch refers to the rise of AR, VR and mixed reality as to “the fourth computing revolution” – a perfect storm between technologies like sensors, Big Data, the cloud, AI, and wearables.

In 2016, an AR phenomenon caused millions to take to the streets hunting for tiny little creatures of all sorts of color. The craze propelled the Pokémon GO app to the top with more than 750 million downloads a year after its release.

But the AR adoption curve has been less than impressive due to hurdles like undeveloped infrastructure, lack of relevant engaging content and commercial incentives. To make things worse the technology further needs to solve problems like computational power, battery life, and other hardware issues, as well as simply affordability.

Recently, however, a new generation of companies has come along striving to build on this trend, linking the online and offline worlds via the Blockchain.

This is the mission of Blockchain startup Scanetchain. The company is developing an AR platform whose goal is to link physical, real-life objects to the online world.

The startup is building an AR app which will allow users to digitally identify products, brands, images, and other content around them and access relevant information.

Using what it calls “scannable markers” — intermediaries between offline objects and related online data — the company will make it possible for physical products to be interacted with, online.

Pointing their phone at a product, users will scan it and retrieve related data like manufacturer, origin, price comparison, and shipping information. They can then purchase or share the product in a dedicated social network module within the platform.

The network will reward users for viewing ads with native tokens which they can use to buy products on the platform. Advertisers will be able to place ads for their brands, also using the token.

Scanetchain plans to expand its network through its API, enabling traditional businesses like shopping malls to integrate their products and offerings with its network and make them available for purchasing online.

Scanetchain uses cloud-based AR content streaming allowing fast data processing. As a result, users can scan and view objects through the app without having to download and store data on their device, which might incur mobile data charges and cause storage space problems.

All activities and events will be hashed into blocks and recorded on blockchain, allowing for decentralized, transparent, and secure transactions.

Based on the NEM Blockchain

Scanetchain is based on NEM, a peer-to-peer cryptocurrency and Blockchain platform that uses a Blockchain consensus algorithm, referred to as Proof of Importance (PoI). Each NEM account is assigned an importance score which contributes its aggregate importance to the ecosystem. Based on their score, account holders have a higher or lower probability of “harvesting” blocks. Scanetchain is building on the NEM network to create a transparent consensus and voting mechanism.

The platform will comprise a social network, an advertising system, an ecommerce network, and a digital content distribution feature, all using its native token, SWC.

Scanetchain is in the midst of an initial coin offering (ICO) for the SWC token. The private sale is currently underway with the public sale scheduled for May 2018.

The project is being developed out of the U.S. with the corporate entity registered in Singapore.

David Ham is CEO of Scanetchain.