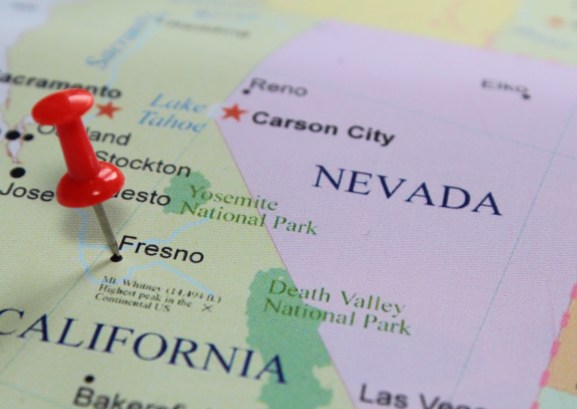 As CEO of a startup, I’ve participated in several different accelerator programs — Boomtown in Boulder, Colorado, The Brandery in Cincinnati, Ohio, and The Plug & Play retail program in Sunnyvale, California.

My company’s currently headquartered in Fresno, CA, and I’ve lived in the Central Valley for my whole life with the exception of the time spent attending the aforementioned accelerators. It was quite an experience living in a different city for each of those programs; I got to learn about and experience three very different tech ecosystems.

The Boulder tech ecosystem was impressive because Boulder is the home to many multimillion-dollar tech startups and only has a population of about 100,000.

Cincinnati is an up-and-coming tech hub with some real Midwest values and charms. Most Cincinnati startups have some type of connection to the Fortune 500 companies and great marketing agencies that call the city home.

Lastly, Silicon Valley. What can I say about it that hasn’t already been said? It’s the epicenter of technology that all other tech regions aspire to be like (Silicon Slopes, Silicon Beach, Silicon Alley, etc.). Everyone is doing big things and moving very fast.

But experiencing those different tech environments also gave me some good insight into what’s particularly unique about the ecosystem here in Fresno, California, and the whole of California’s Central Valley. While the region has largely been overlooked by VCs, there’s a lot going on here.

An abundance of talent

The Central Valley is known as the agriculture capital of the world. If you were to visit California for the first time, and Fresno was the first city you visited, instead of the high-rise buildings and beaches you’d anticipate seeing in the Bay Area or LA, you’d be surprised to see the fields and crops that surround the fifth largest city in California.

Fresno has some great engineers from the local universities — Fresno State and Fresno Pacific, as well as UC Merced, which is 45 minutes north down the 99 from Fresno. Fresno also has an increasing number of computer programmers equipped with work experience who graduated from Bitwise Industries’ Geekwise program. Bitwise Industries has been a driving force in Fresno’s growing tech scene.

Two of Bitwise Industries’ main focuses are education (training computer programmers) and real estate (providing coworking spaces for startups). Bitwise already owns a couple hundred thousand square feet of coworking space in Fresno, and it has a grand vision of growing to 2.5 million square feet of space and creating over 100,000 jobs from its educational program in the next few years.

While it’s important for a community to have talent, it’s just as important to have individuals pushing the status quo and using their talent to create products and services from scratch.

Tech startups in Fresno are scrappy — and I mean really scrappy. We are this way because many of us have no other choice due to the serious lack of funding in the region. Fresno doesn’t have a huge amount of venture capital flowing through it. Only a handful of tech companies here (including mine) have been venture backed, and we’re definitely not talking about round amounts like those in Silicon Valley, let alone the Midwest.

When I talk about how scrappy Fresno startups are compared to other startups in California or even in the U.S., keep in mind that it’s easier for us to stretch our funds, since our cost of living is only half or a quarter of the cost of living our neighbors in Northern and Southern California experience.

Fresno — and the Central Valley as a whole — knows how to create software. B2B SaaS companies are the Central Valley’s forte because when there isn’t a ton of funding available, you realize you need to find a way to start generating revenue very quickly. We tend to shy away from consumer-driven internet products and focus on software that generates revenue with the first customer.

A good portion of the startups in the region are AgTech solutions that cater to a large number of local growers and distributors. AgTech is a large, growing space, and Fresno startups couldn’t be better suited for servicing the industry, given our strong agricultural ties.

However, we’re not all AgTech startups. Fresno startups cater to a variety of verticals and niches. Aplos, one of the fastest-growing tech startups in a hundred-mile radius, creates accounting software for nonprofits and faith-based organizations. It may not be the sexiest space, but it’s a lucrative niche, and this is exactly the type of problem Fresno startups attack.

Although there is amazing talent and some great companies in Fresno, there aren’t a lot of investors who focus on tech in the region. We have one venture capital firm, San Joaquin Capital, and one angel group, Central Valley Angel Group, as well as a number of other angel groups in neighboring regions. As great as these firms are, they are not large enough to fund all the very fundable, growing startups in the area.

One thing I noticed while living in various tech regions and talking to VCs is that the majority of firms focus on specific regions when investing. Investors in Denver will typically look at startups in Colorado and the surrounding plains states. Chicago VCs will invest anywhere in the Midwest. New York VCs will invest on the East Coast. San Francisco investors will invest in Silicon Valley, and Santa Monica VCs will invest in Southern California.

The thing about Fresno and the neighboring cities such as Merced, Clovis, and Visalia is that we don’t fall into any of these categories or regions. We are a part of California, but we are ignored by our neighbors up north and down south.

I am currently raising money for our next round, so I meet with VCs in the Bay Area from time to time. Although the majority of them are very nice, some laughed at me when I told them we were headquartered in Fresno, joking that the region only produces farmers and not engineers. Some said they’d never invest because we are geographically isolated even though we’re only a two-hour drive from the South Bay.

We are overlooked by smaller VC firms in Middle America because they assume we’re spoiled with access to capital given that we’re in California. Many of them don’t understand that our region has less venture capital flowing through it than many Midwest regions.

Some outside investors are starting to take notice. Former 500 Startups partner Paul Singh has taken a liking to our region and recently opened an accelerator in conjunction with Fresno State called Valley Ventures. He’s also invested in a number of local companies, including mine.

Don’t get me wrong. I’m not complaining about a lack of funding in the region. If anything, it makes us stronger and more resourceful. Fresno has a different way of life. We come from an agriculture background, so many of us are good at growing something from nothing.

In summary, don’t sleep on Fresno.