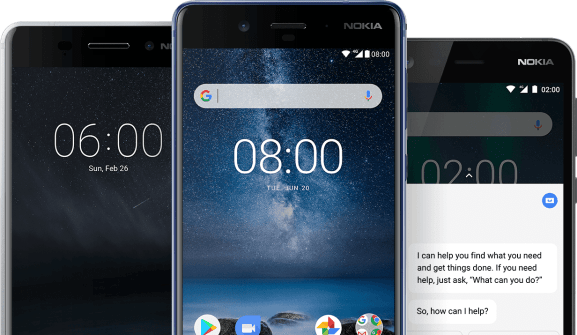 HMD Global, the “home of Nokia phones,” has raised $100 million in a round of funding led by Swiss VC firm Ginko Ventures, with participation from DMJ Asia Investment Opportunity and Wonderful Stars, a subsidiary of Nokia phone manufacturer FIH Mobile.

To recap, Nokia itself no longer makes phones — in 2016, the Finnish firm helped establish a new standalone business vehicle called HMD Global that would develop Nokia-branded smartphones and feature phones, with Foxconn subsidiary FIH Mobile responsible for manufacturing. In December, HMD Global ended the first full year of its 10-year licensing deal with six smartphones and five feature phones on the market, reporting that it had shipped more than 70 million Nokia phones. It went on to launch another five new phones at Mobile World Congress (MWC) in February.

With another $100 million in the bank, HMD Global said it has now attained the much-coveted “unicorn” status (signifying a valuation in excess of $1 billion). It’s also now well positioned to make “strategic investments” to scale its business and “aggressively expand” its Nokia smartphone lineup through 2018 and beyond, according to a statement issued by the company.

“It is our ambition to deliver great smartphones that delight our fans while staying true to our Finnish roots and the hallmarks that the Nokia brand has always been known for,” said HMD Global CEO Florian Seiche. “We aim to be among the top smartphone players globally, and our success to date gives us the confidence to further continue on a growth path in 2018 and beyond.”

HMD Global reported revenue of €1.8 billion ($2.13 billion) for the full 2017 financial year, though it had an overall operating loss of around €65 million ($77 million). However, earlier this year an analyst at Counterpoint Research reported promising figures, noting that Nokia smartphones had outsold HTC, Sony, Google, OnePlus, Lenovo, and many other brands in Q4 2017.

That report was based on estimates, but alongside HMD Global’s own reported numbers, it does suggest the Nokia brand continues to hold a certain allure in the mobile phone realm, regardless of who is actually making the phones. Nokia was also one of just a handful of brands included in Google’s recently announced Android P beta program.

It will be interesting to see where HMD Global goes from here — it has built a solid foundation from which to lift the Nokia name up again, 10 years after the brand’s rapid slide from mobile phone dominance began.