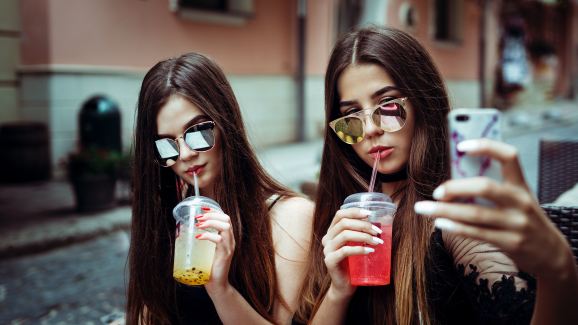 Though the Facebook app was edged out of the top 3 among teens, Facebook Inc. is Instagram’s parent company.

Only 10 percent of teenagers who took part in the survey said they use Facebook more than any other social media app.

Numbers released today stand in sharp contrast to the last time Pew conducted the poll. In 2015, Facebook was still most popular among teens, garnering 71 percent of the 13-17 audience, more than any other social network. Back then, Facebook, Instagram, Snapchat, and Twitter were the most popular social media apps among teenagers.

Smartphone penetration has intensified since the last time Pew conducted its poll, with 95 percent of teens today reporting that they have a smartphone, compared to nearly 75 percent in 2015.

Forty-five percent of teens say they’re online on a near-constant basis, compared to 24 percent in 2015, but teens aren’t the only ones consuming large amounts of digital content. The Internet Trends Report from Kleiner Perkins partner Mary Meeker released yesterday found that average time spent using social media has increased from 90 minutes in 2012 to 135 minutes in 2017.