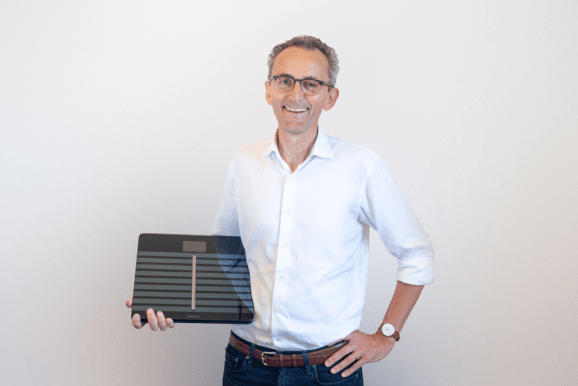 Connected health care startup Withings is a French company once again. Cofounder Éric Carreel announced today that he has closed a deal to buy Withings back from Finland’s Nokia.

“I am delighted to start working again with the brilliant teams that made the brand such a great success,” said Carreel in a statement. “We have an exciting challenge ahead of us as we continue to push the boundaries of connected health.”

The conclusion of the deal ends what turned out to be a short and doomed relationship. Nokia, seeking ways to enter consumer tech markets again, acquired Withings back in 2016 for $192 million. Another cofounder, Cedric Hutchings, was put in charge of a new Silicon Valley digital health business for Nokia, which later killed the Withings brand.

But things went sideways from there. Nokia eventually wrote off the cost of the acquisition, signalling that it felt Withings had no value. In February, Nokia announced plans to exit the digital health business, and a few weeks ago the company said it had entered into talks with Carreel to sell the business back to him.

Those negotiations are over, though Carreel did not disclose how much he paid. However, he did say the company would again be based in Paris, that it would be “dedicated to developing innovative connected health products focused on preventive health,” and that he hopes to relaunch the Withings brand sometime later this year.

“We are still only just starting to discover what connected health can really bring to people,” he said in the press release. “From now on, we must concentrate our efforts on developing tools capable of advanced measurements and the associated services that can help prevent chronic health conditions. Today’s technologies allow us to imagine solutions that have the potential to benefit the lives of millions of people, and our ambition is to ensure that we, as Withings, lead the way with technological advances and intuitive designs.”